This image brings us back to the card presented two weeks ago which showed a cropped form of this same image, which is similar to yesterday’s photo, but there are slight posture differences indicating they were two separate photos. 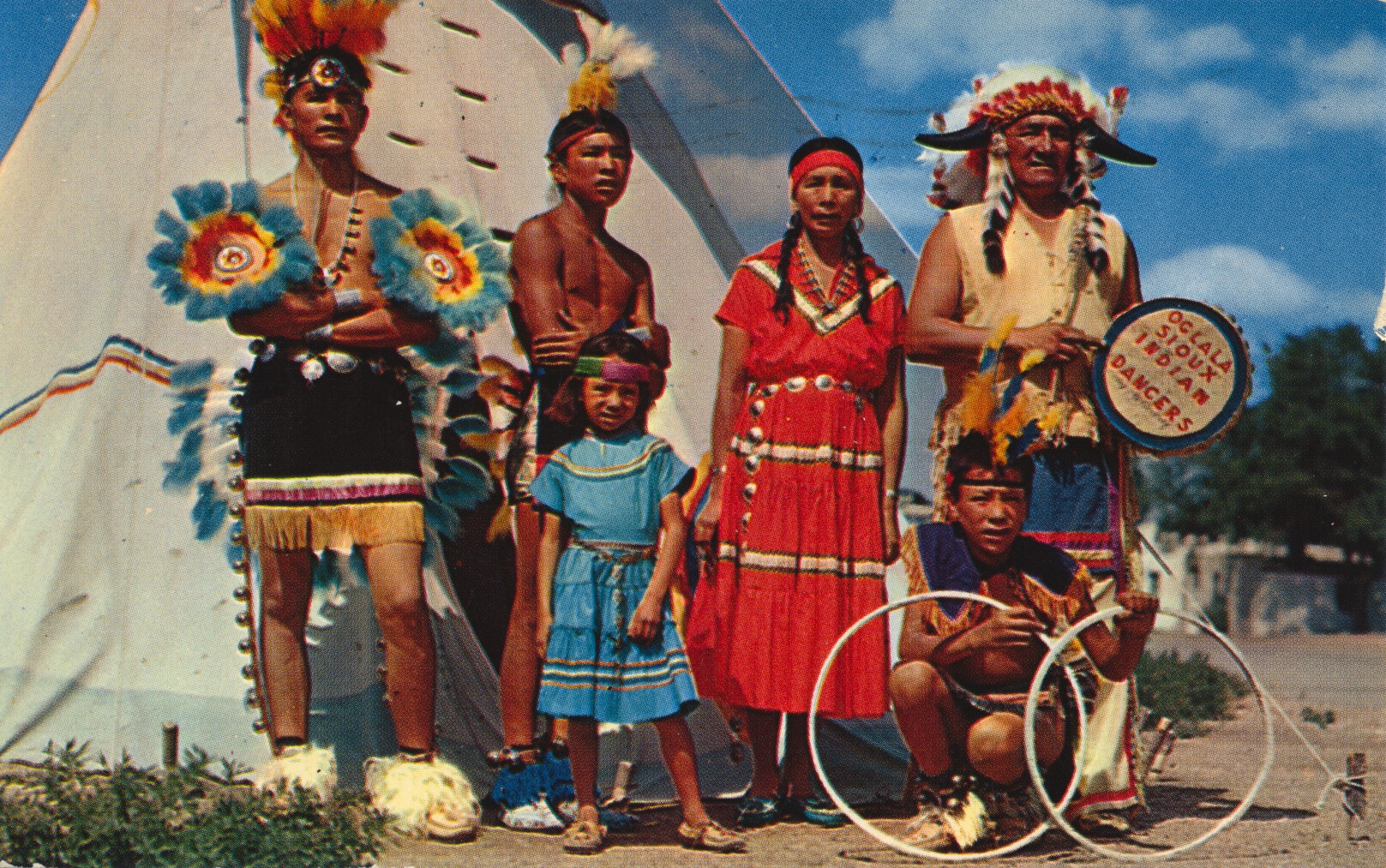 Ogallala, Nebraska, “Land of the Sioux”

Sioux Chief Whitecalf and his troup of Indian dancers. These Sioux Indians return every summer to Ogallala, once the hunting ground of the Ogallala tribe. Visitors to Nebraska may see these Indians in native costume perform their ceremonial, “war, snake, buffalo, hoop,” and other dances.

–As there is a clear progression in age among the children, it appears that these are family members of Chief Whitecalf, and not merely members of the Ogallala band.

Dancing for tourists has fallen out of popularity with the rise of Indian self-determination in the 1970s, and such performances are now considered exploitative.