This image is of a famous family of Ogallala Lakota Sioux, led by the older man named Chief Whitecalf. They ran the Sioux Trading Post shown previously, and presented Native American dances for travelers. 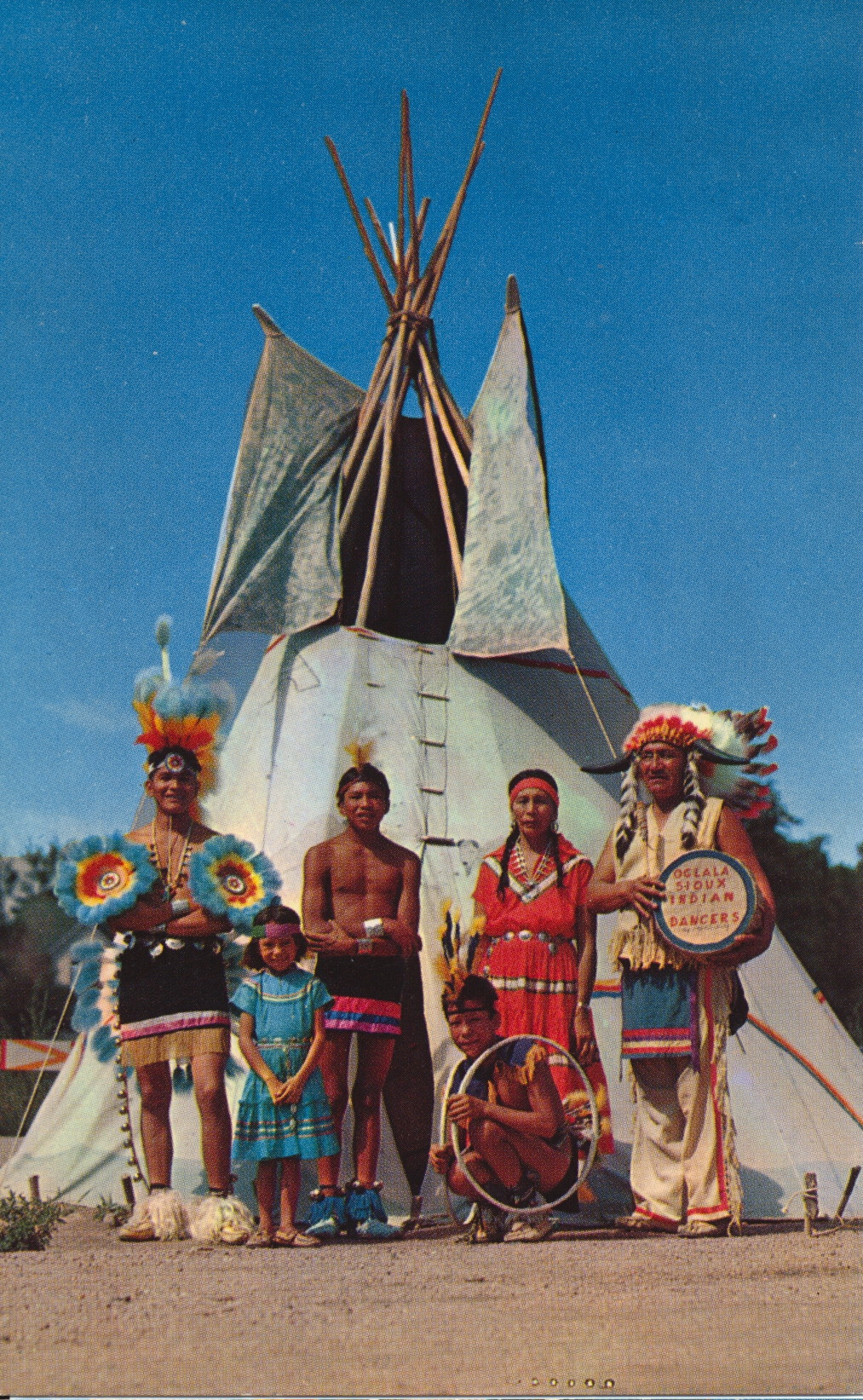 Ogallala, Nebraska, “Land of the Sioux”

Sioux Chief Whitecalf and his troup of Indian dancers. These Sioux Indians return every summer to Ogallala, once the hunting ground of the Ogallala tribe. Visitor to Nebraska may see these Indians in native costume perform their ceremonial, “war, snake, buffalo, hoop,” and other dances.

–The dances originally had a very intimate and profound cultural significance, but were performed in simplified form for the money it would provide from tourists.