This business is a typical feature of the highways of the far West in mid-century America. Indian trading posts, as they were called, appeared anywhere there was an opportunity for the local Native Americans to set up a shop, a gas station or eatery for passing travelers. This one, located in Ogallala Sioux territory, was built and run by Ogallala Native Americans. 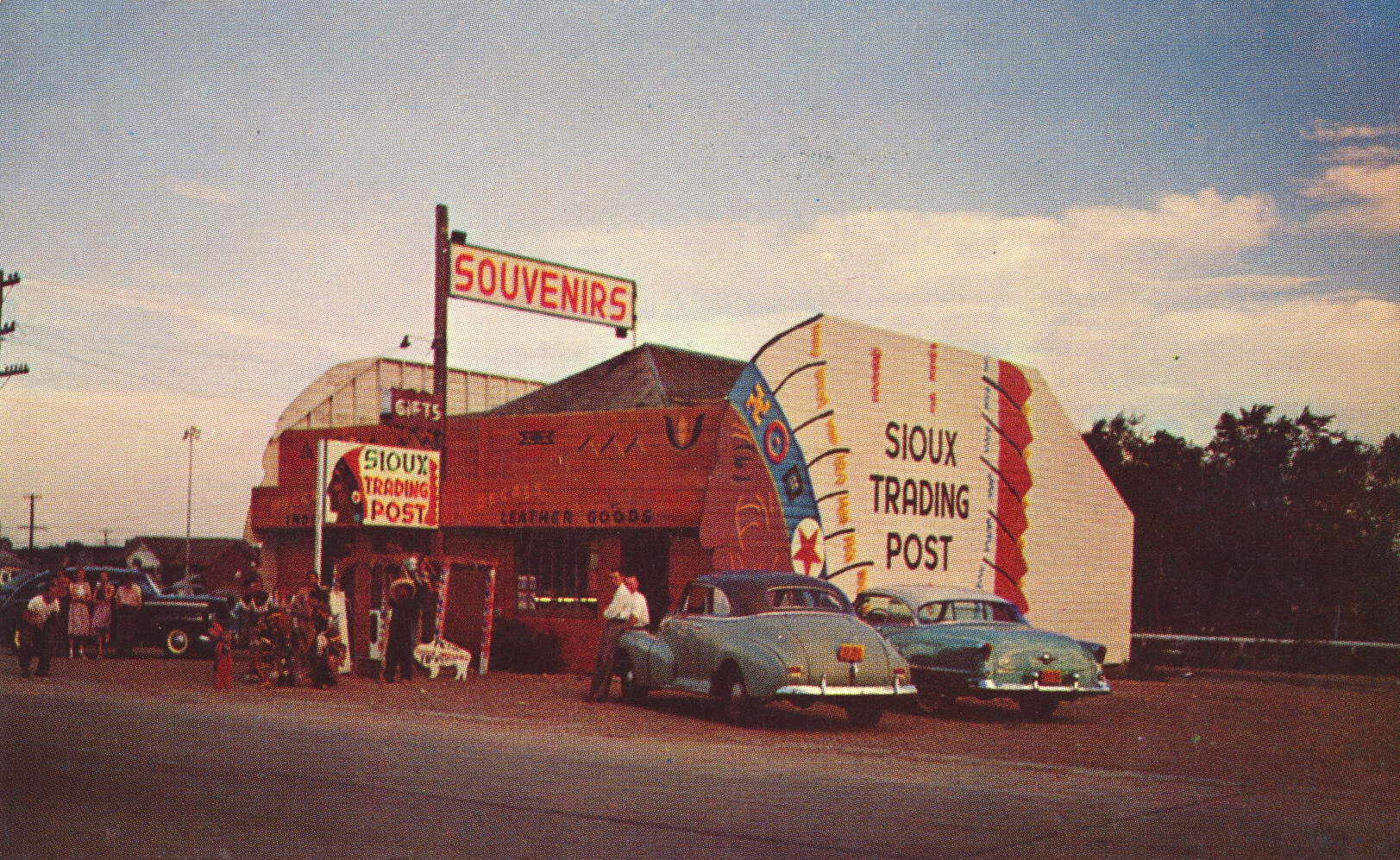 In the land of the Sioux Indian visited annually by thousands of guests from all sections of the country. Sioux Indians in Native stoma entertain guests of Nebraska with Ceremonial Dances, adding to the enjoyment of young and old.

–The cars visible in this image clearly indicate this photo dates from the 1950s.