This image shows some high-kicking dancers, a piano player and a hostess who make up part of the Crystal Palace Revue, a re-enactment of musical entertainment from the 19th Century. 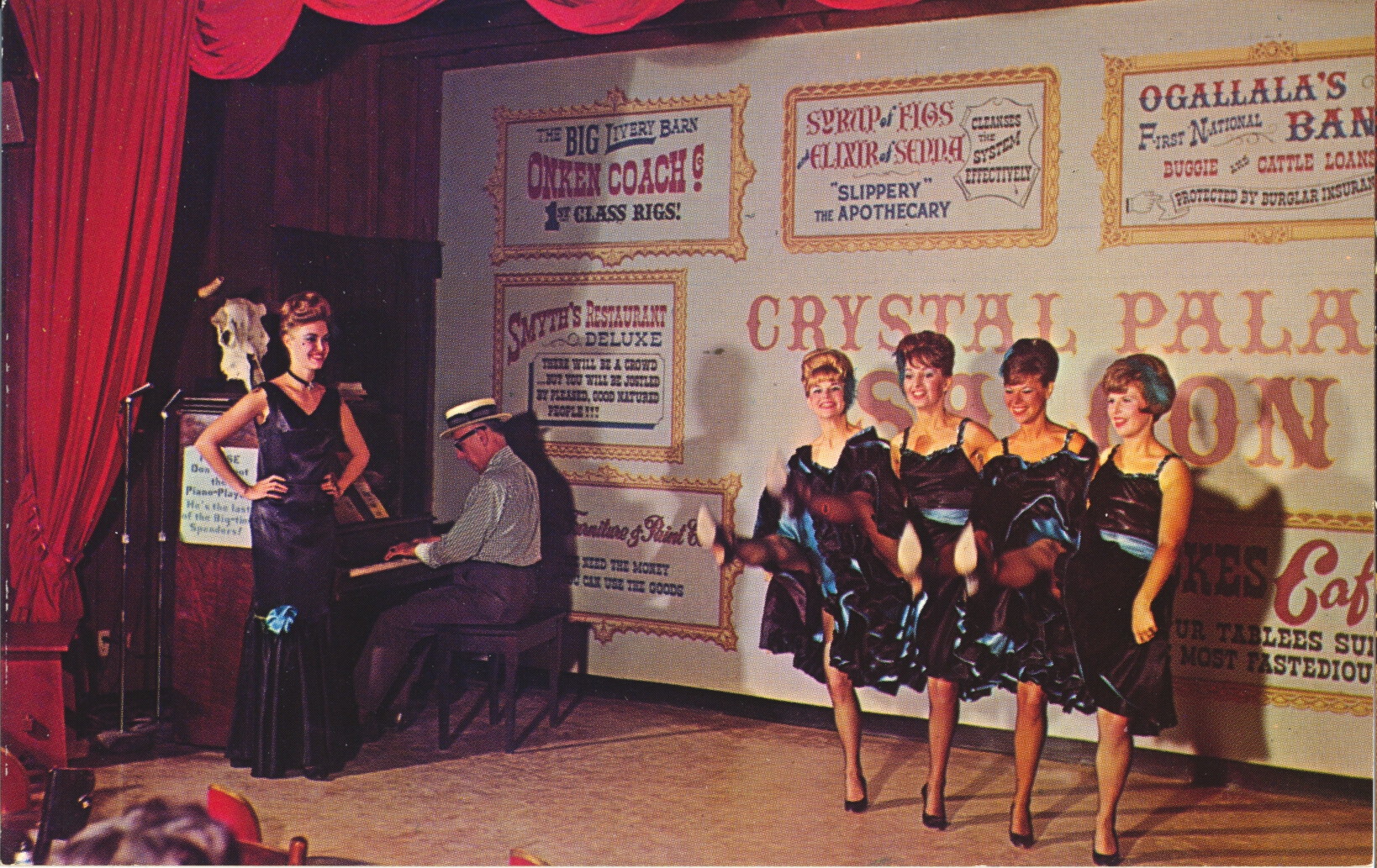 You’ll be treated to  high-kicking can-can girls twice nightly all summer at Front Street’s famous Crystal Palace Saloon. These family shows with a true western flavor are attended by thousands each summer from every state in the Union and many foreign countries.

–This show apparently also includes a gun fight in its current incarnation. This card likely dates from the 1960s.