This image shows a small group of performers at the historical attraction in Ogallala, Nebraska. It is a recreation of a pioneer western town typical of the region, with re-enactors presenting activities and entertainment from that time. 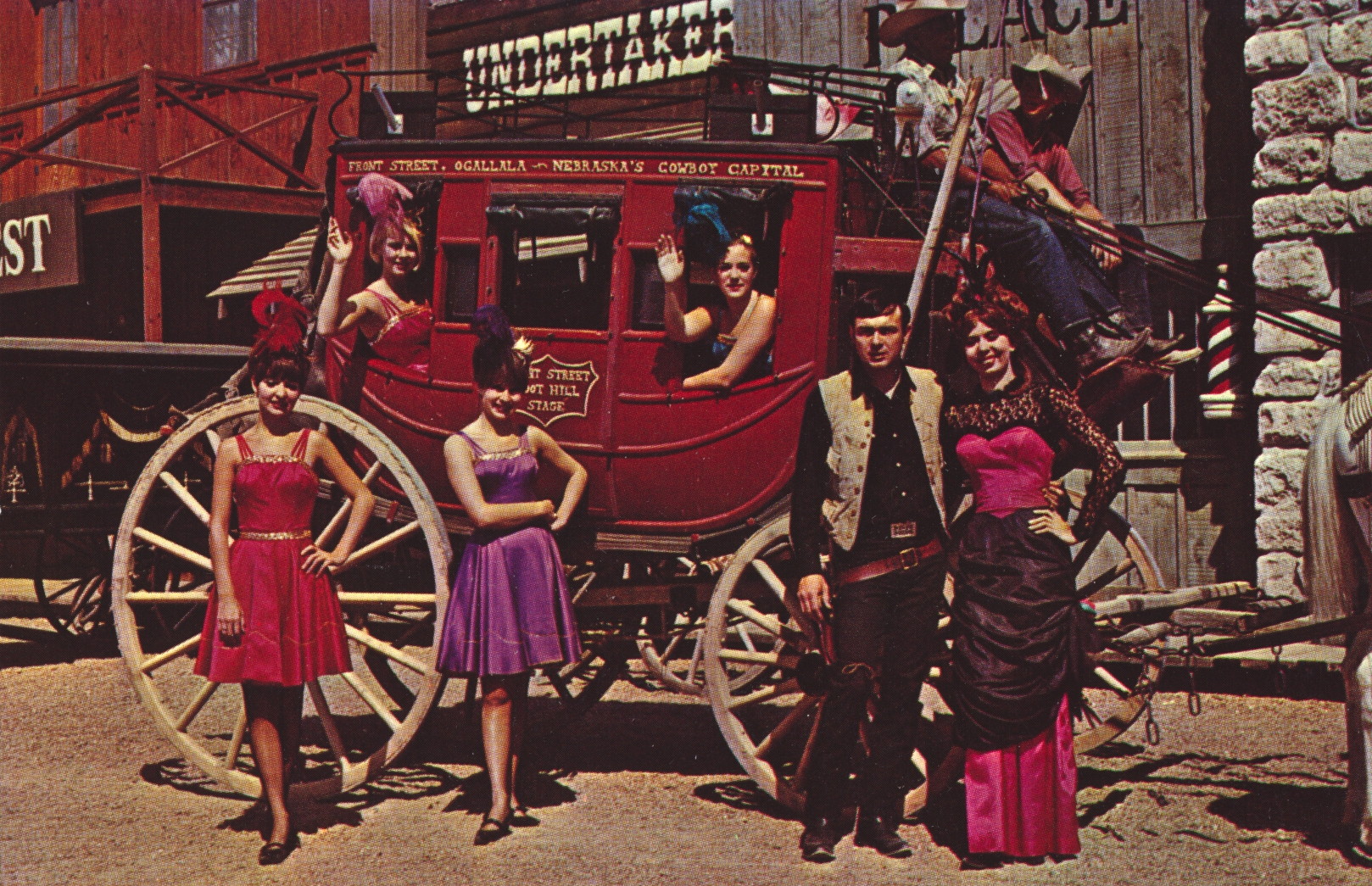 Ogallala became Nebraska’s “Cowboy Capitol” when it was the end of the Texas Trail Drives from 1875-1885. Today that colorful history lives on at “Front Street”. This western attraction includes a Cowboy Historical Museum, Stage Coach Rides, and the famous Crystal Palace Revue, Nebraska’s only Summer Stock Theatre.

–The Front Street attraction was built along the street which provided the throughway for old U.S. 30, and thus had many people driving by. When the Interstate became more popular, fewer cars went directly past, and attendance dropped. In 2013, the attraction was auctioned, but there were no bidders. It remains for sale today.