This  formation is styled Chimney Rock for it’s narrow pointed shape on top of a larger rounded base, much like a remaining chimney after a house fire or collapse. It was taller when first viewed by migrants along the Oregon Trail, but erosion and lightning strikes have affected it’s primary peak. 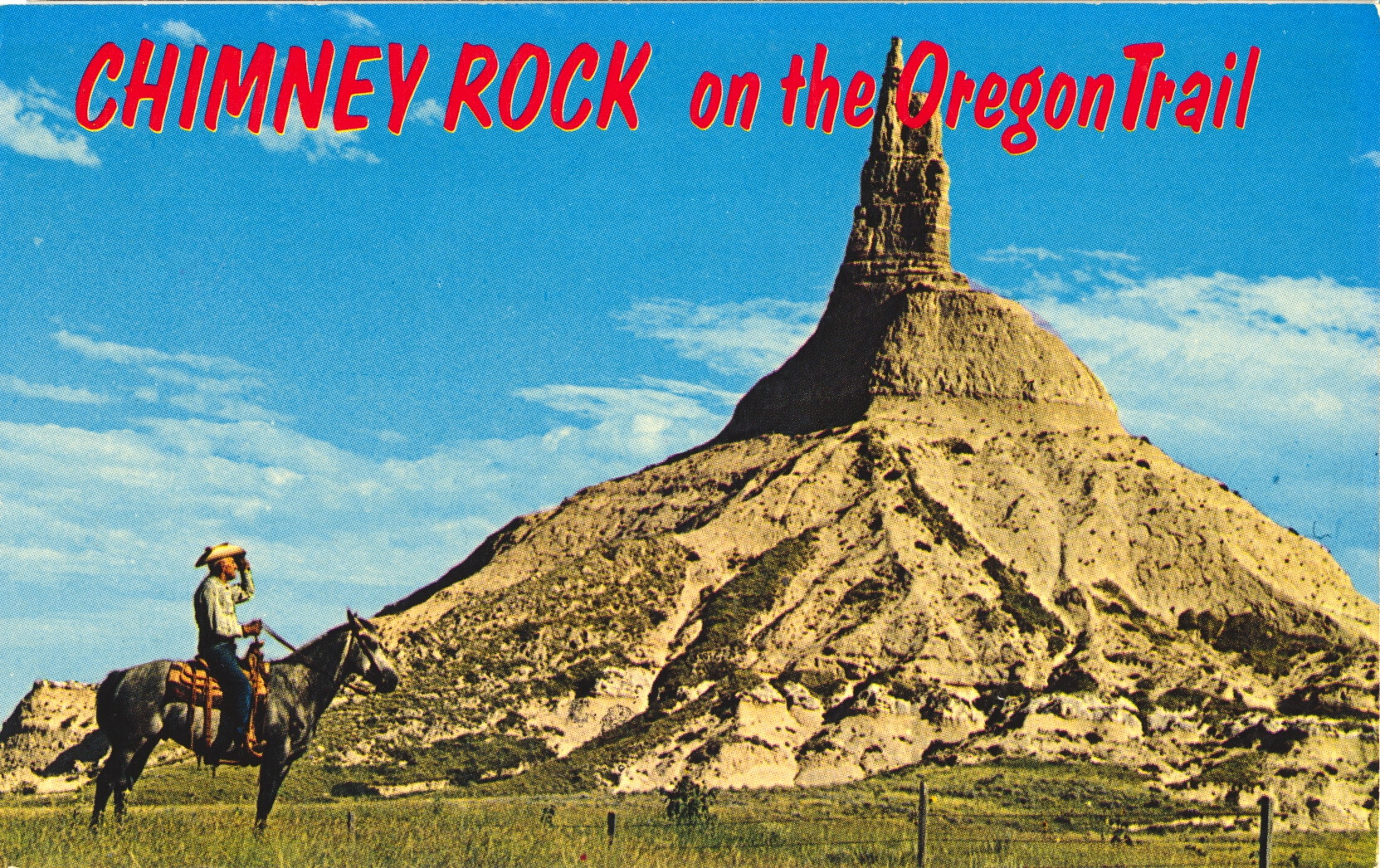 Standing alone in the vast prairie, Chimney Rock, near Bayard in Western Nebraska, guided the weary Oregon Trail travelers. Now a national monument, this wind-eroded sentinel serves as a landmark for the modern-day vacationers, reminding them of Nebraska’s rich pioneer past.

–The Oregon Trail was the main route for migrants heading into and through the Great Plains and Great Basin, many of whom went all the way to the west coast.