Another formation near the previously mentioned Wildcat Hills are Jail and Courthouse Rock, butte formations from the same eroded escarpment. They are located near the town of Bridgeport, Nebraska. 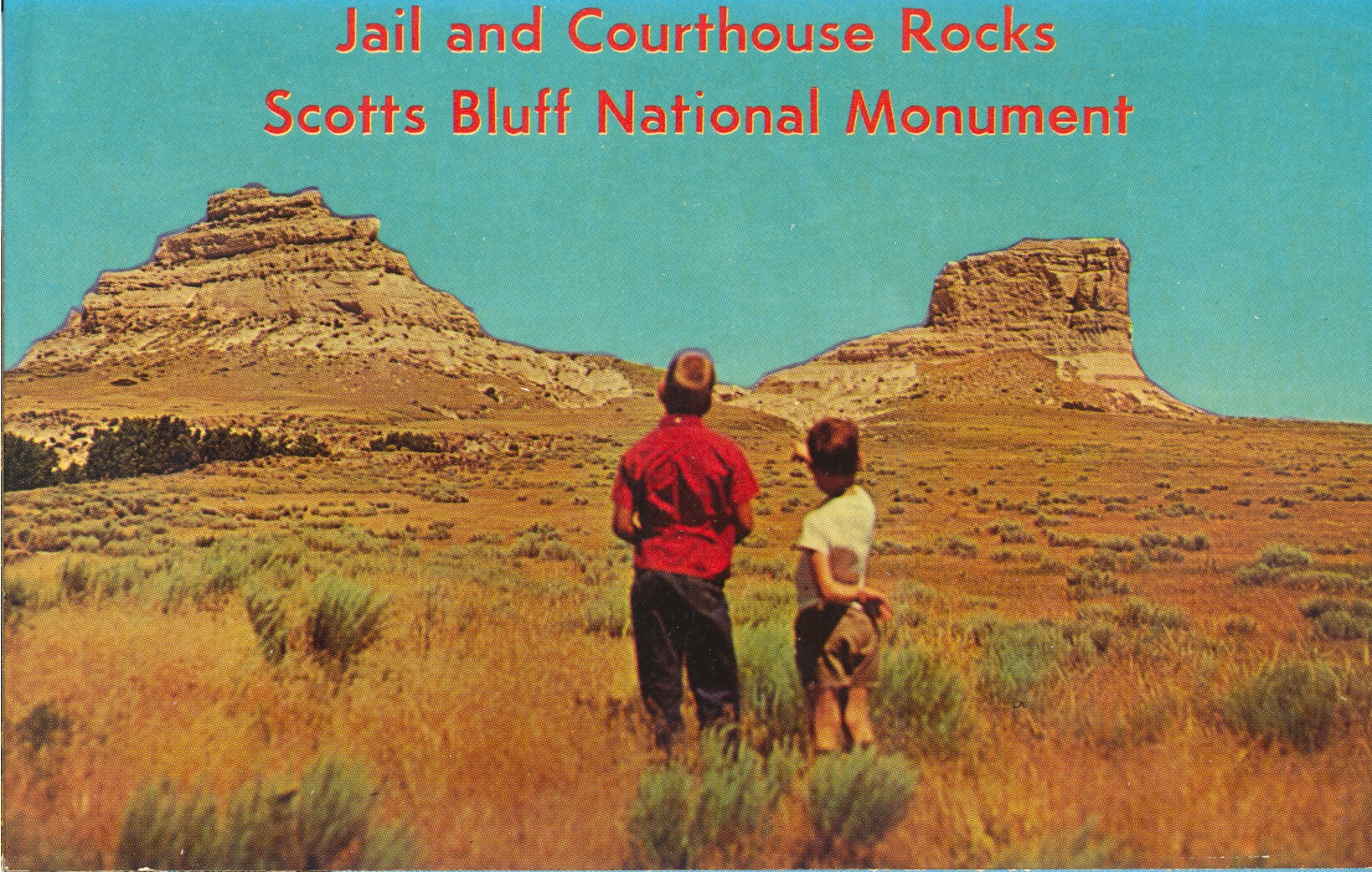 JAIL AND COURTHOUSE ROCKS – were the first imposing landmarks seen by pioneers in their trek along the Oregon and Mormon trails. Located near Bridgeport, theses wind carved sentinels were named by travelers for their similarity to a jail and court-house they remembered near their eastern homes.

–It is more likely that the bulk of the erosion was by water over the course of millions of years. The attributions are just as likely to be the product of vivid imagination as having any particular structure as a reference.