This image shows a portion of the escarpment named the Wildcat Hills, found in the western Nebraska panhandle between the North Platte River and Pumpkin Creek. They are part of a large area with such forested buttes and mesas, including Scotts Bluff. 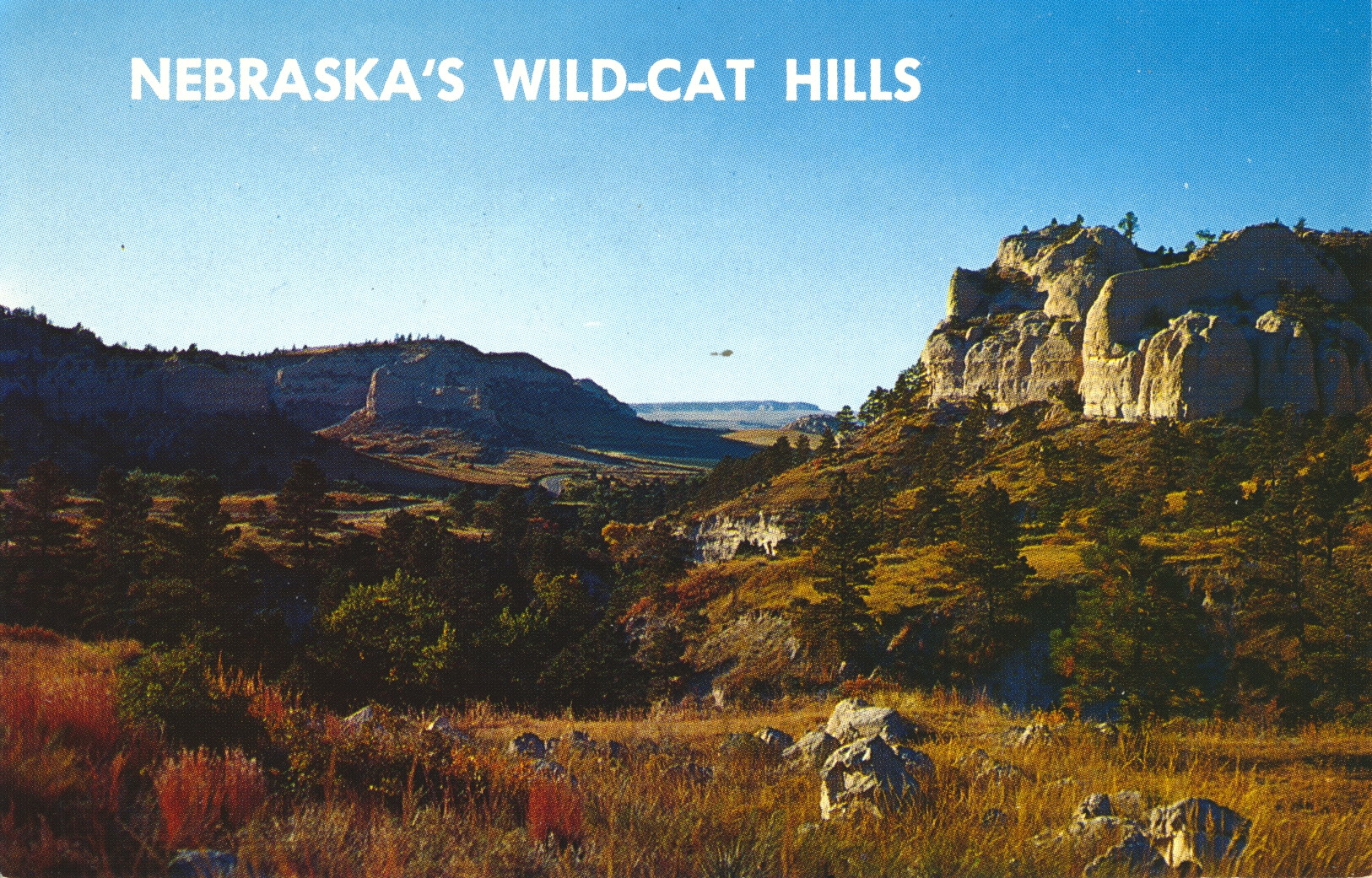 –The buffalo referred to are in fact American Bison, and not mentioned is the significant mountain lion population that populates this area of Nebraska and no other.