This card features one of the many stops along the Pony Express, a means of transporting messages from St. Joseph, Missouri on the Missouri-Kansas border to Sacramento, California just before the American Civil War. 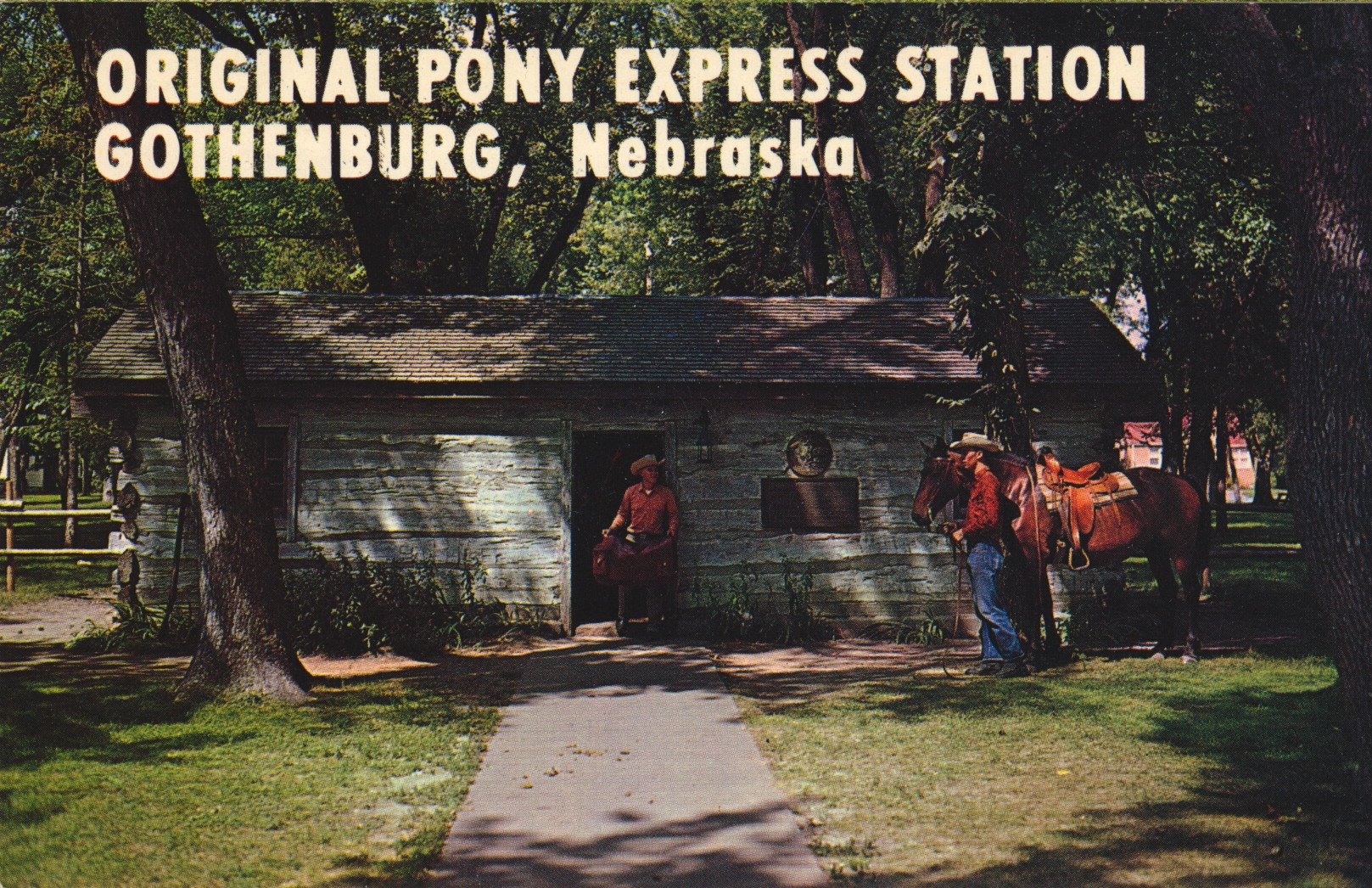 Thousands of tourists traveling U. S. 30 make a very interesting stop in Gothenburg and visit the famous Original Pony Express Station, used from 1860 to 1861 and dedicated to all the Pioneer who passed this way to win and hold the West.

–The Pony Express has a reputation much larger than its impact on communications in the American west, as it was only in operation for 18 months. While the reduction in time cross-country to 10 days was significant, the concurrent construction of the trans-continental telegraph line, completed in October, 1861, made the service unviable immediately.