This is an agricultural facility that dehydrates alfalfa for use as an animal feed. This process was pioneered on an industrial scale by Charles Schnabel. There are similar facilities in considerable numbers throughout the grain growing regions of the United States. 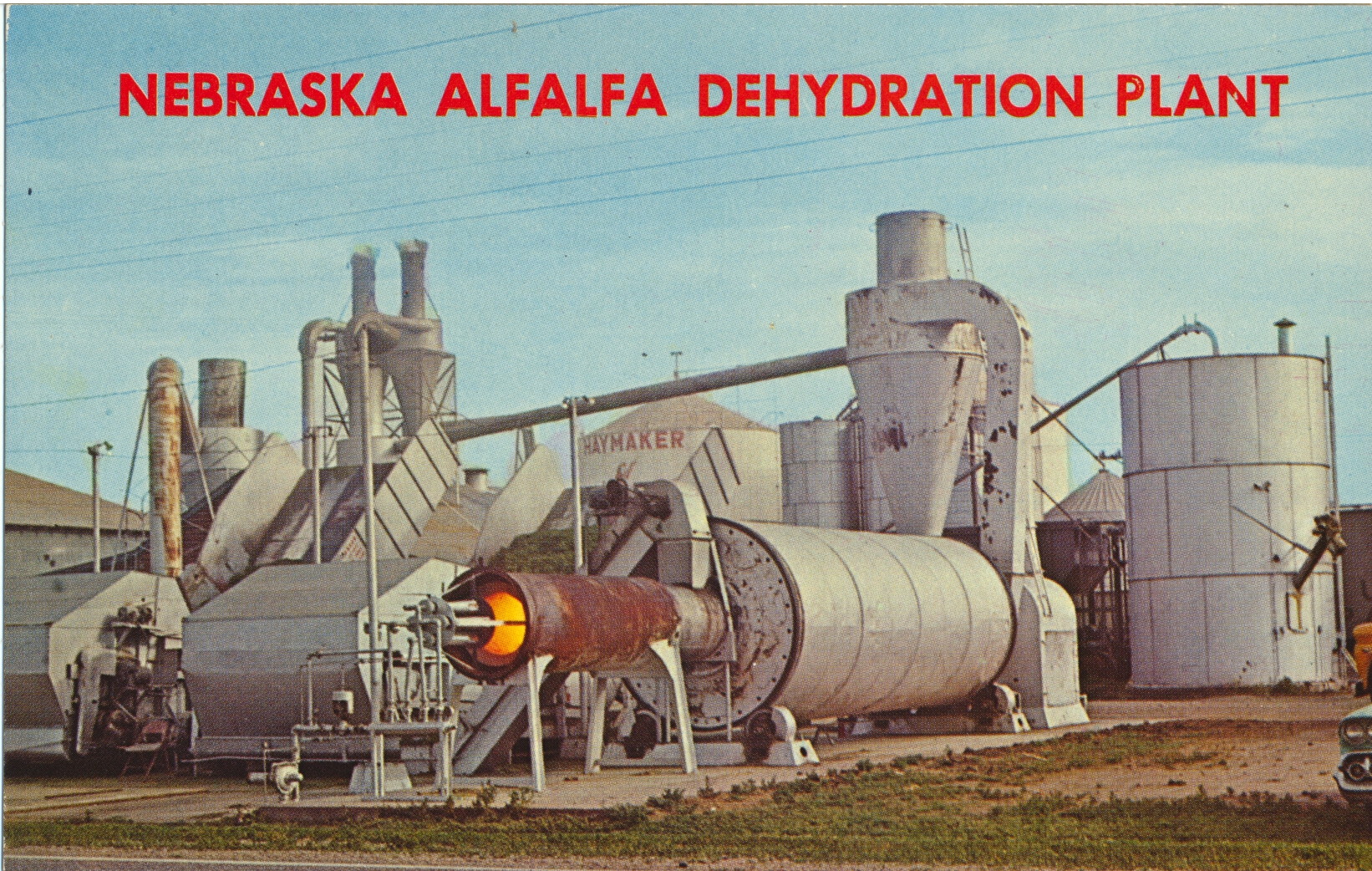 Nebraska produces nearly half of the total United States production of dehydrated alfalfa.

–California also produces a significant percentage of alfalfa grown in the United States. This postcard likely dates to the 1960s.