This card shows a typical cowherd with a small group of Black Angus cattle, a breed popular for the quality of their meat. 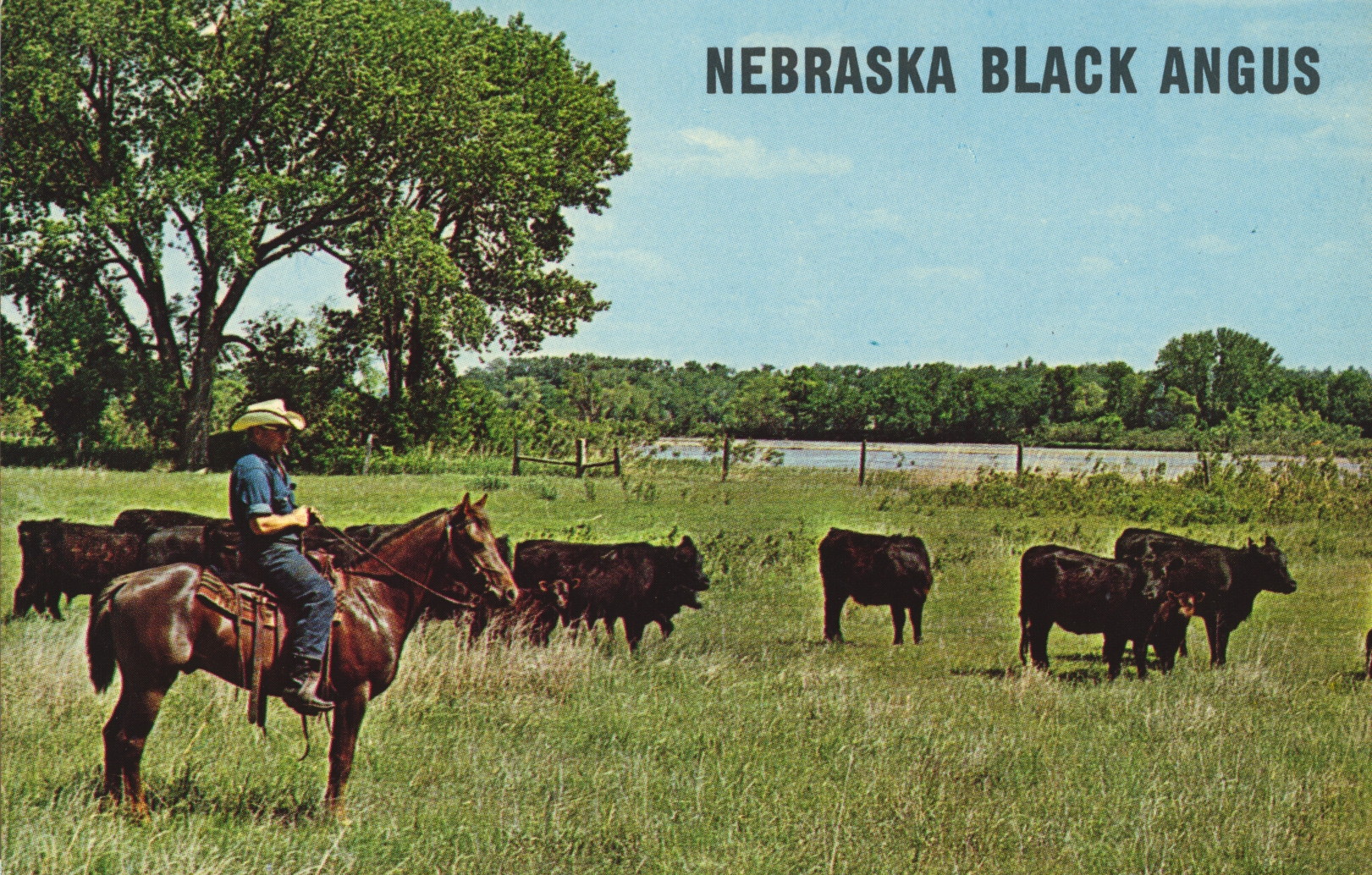 –This breed is the most popular one in the United States, with over 300,000 head actively raised. There is even a large, successful restaurant chain named specifically for this breed of cattle.