This card is not about a specific place in Nebraska, but instead features two of the characteristics considered notable for the state: the presence of Native Americans and bison. 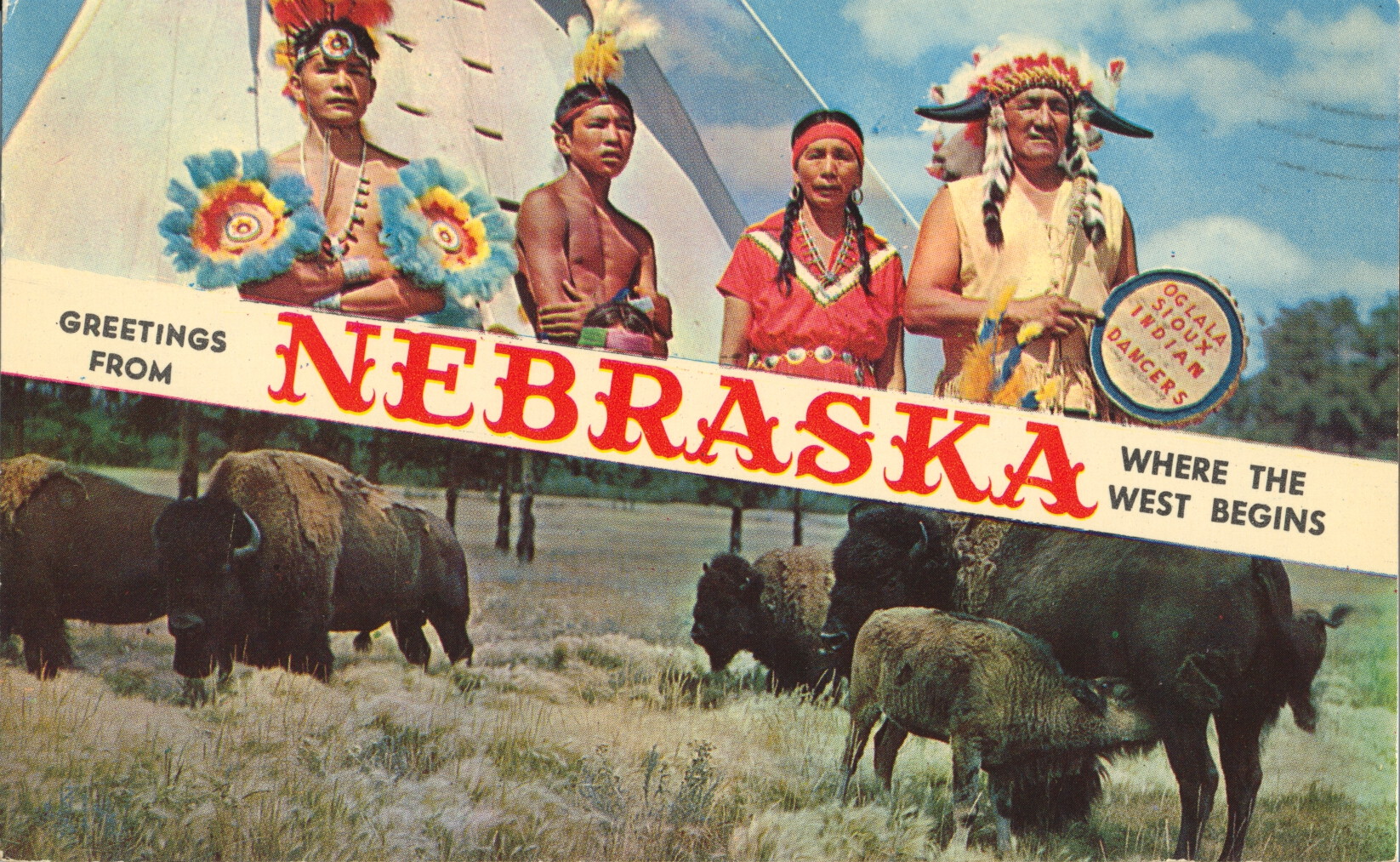 There is no description on the back of the card. The Native Americans are from the Ogallala band of the Lakota, which is one of two larger groups which make up the Sioux tribe.

The bison shown in the lower half are one of their most common food sources. There were millions of bison roaming throughout the Great Plains of the United States until unchecked predation by immigrants and tourists nearly drove them to extinction.