This card is an image of an early version of the Boeing B-17 heavy bomber, nicknamed the Flying Fortress. This is recognizable as an early model as there are no apparent weapon installations, and several typical features of the warplane are missing, such as the turret above and behind the cockpit, the turret at the back of the tail section, the side gun ports near the rear of the fuselage, and no turret in the chin below the bomber’s viewing window. Specifically, this appears to be the YB-17 variant, a developmental design built before the beginning of hostilities. 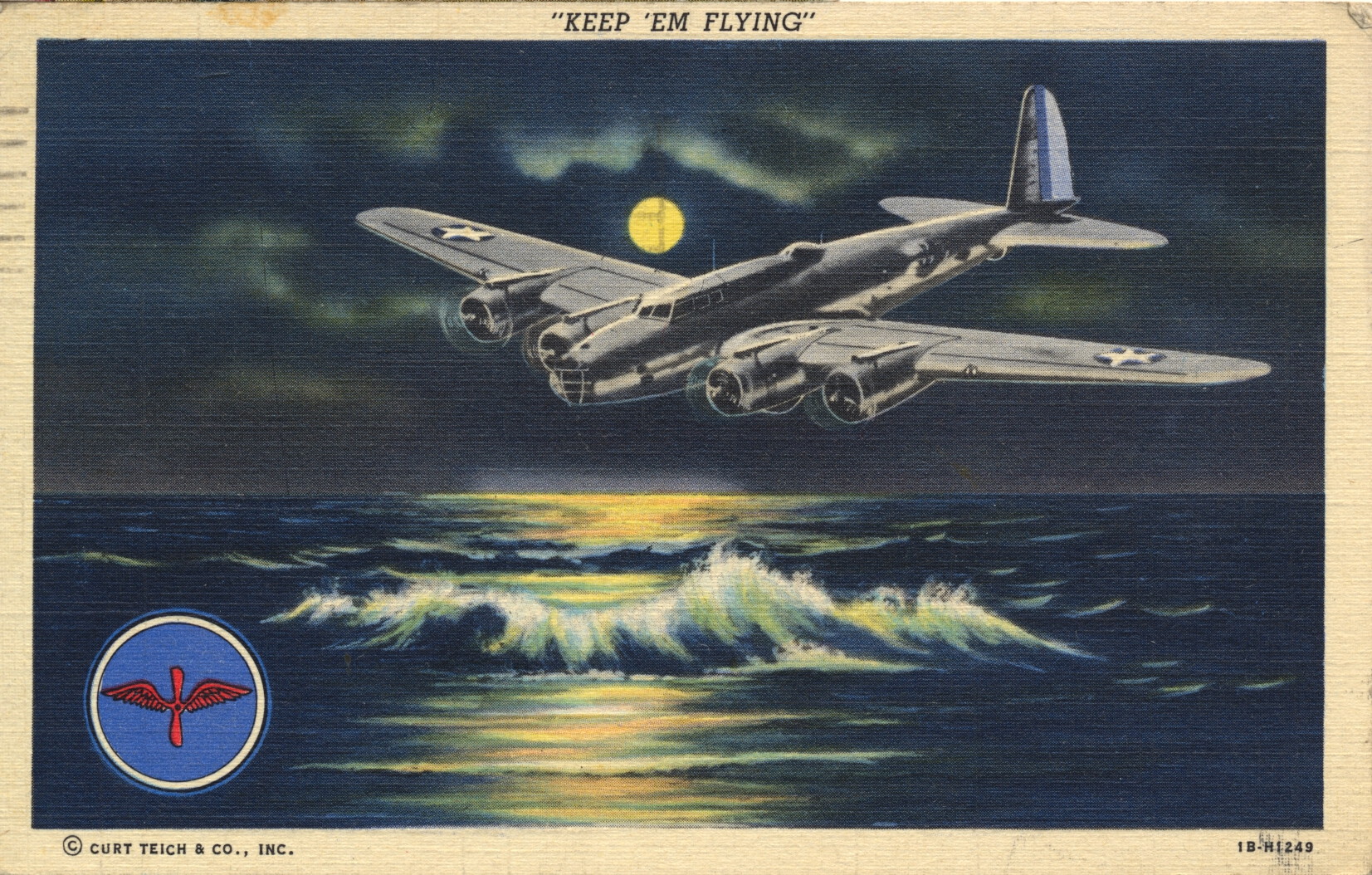 There is no description on the back of the card. The phrase “Keep ‘Em Flying” printed at the top of the card was a common exhortation used to encourage the American public to support the war effort with monetary and other contributions.

This card was sent by an airman who was assigned to an airfield in Tennessee after the war, and by law did not require a stamp for the serviceman to mail. However, the card was cancelled anyway, and has a date of 24 September 1948