This image shows an idealized view of the Detroit-Windsor Tunnel, shortly after construction was completed in 1930, and is the third major international crossing between Detroit and Windsor. 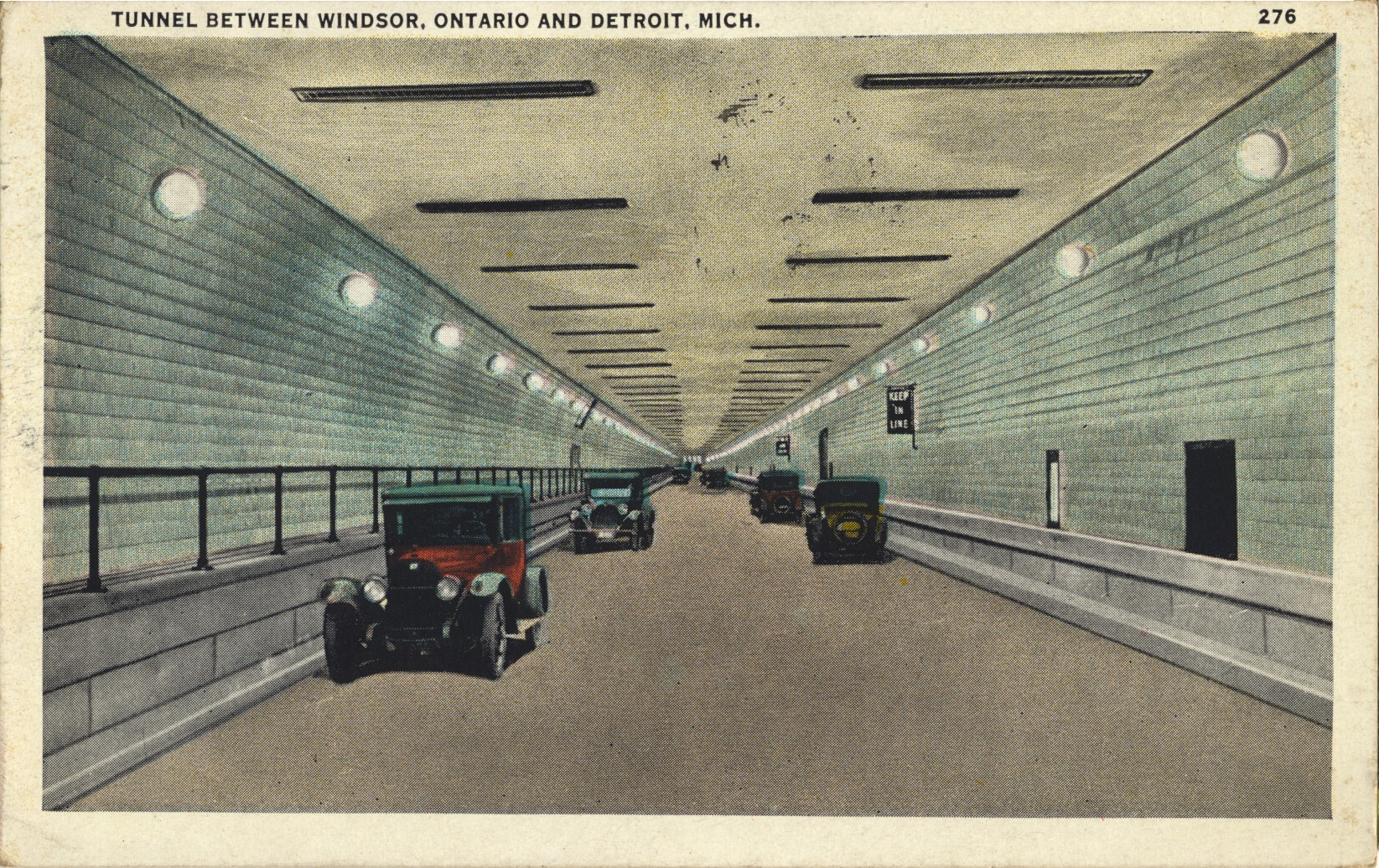 The Detroit and Canada Tunnel, connecting Detroit and Windsor, Ontario, is the first vehicular subway ever built between two nations. It is approximately a mile long from portal to portal. The American portal is but a few hundred feet from the center of the financial and shopping districts of Detroit, which the Canadian end is located in the very heart of Windsor’s rapidly expanding business center.