This image shows the massive building that housed both the Detroit News newspaper company, but also the broadcast facilities of radio station WWJ. The building was constructed in 1917 and occupied until 2014. The company has since moved to another much smaller building it shares with a former competitor, the Detroit Free Press. 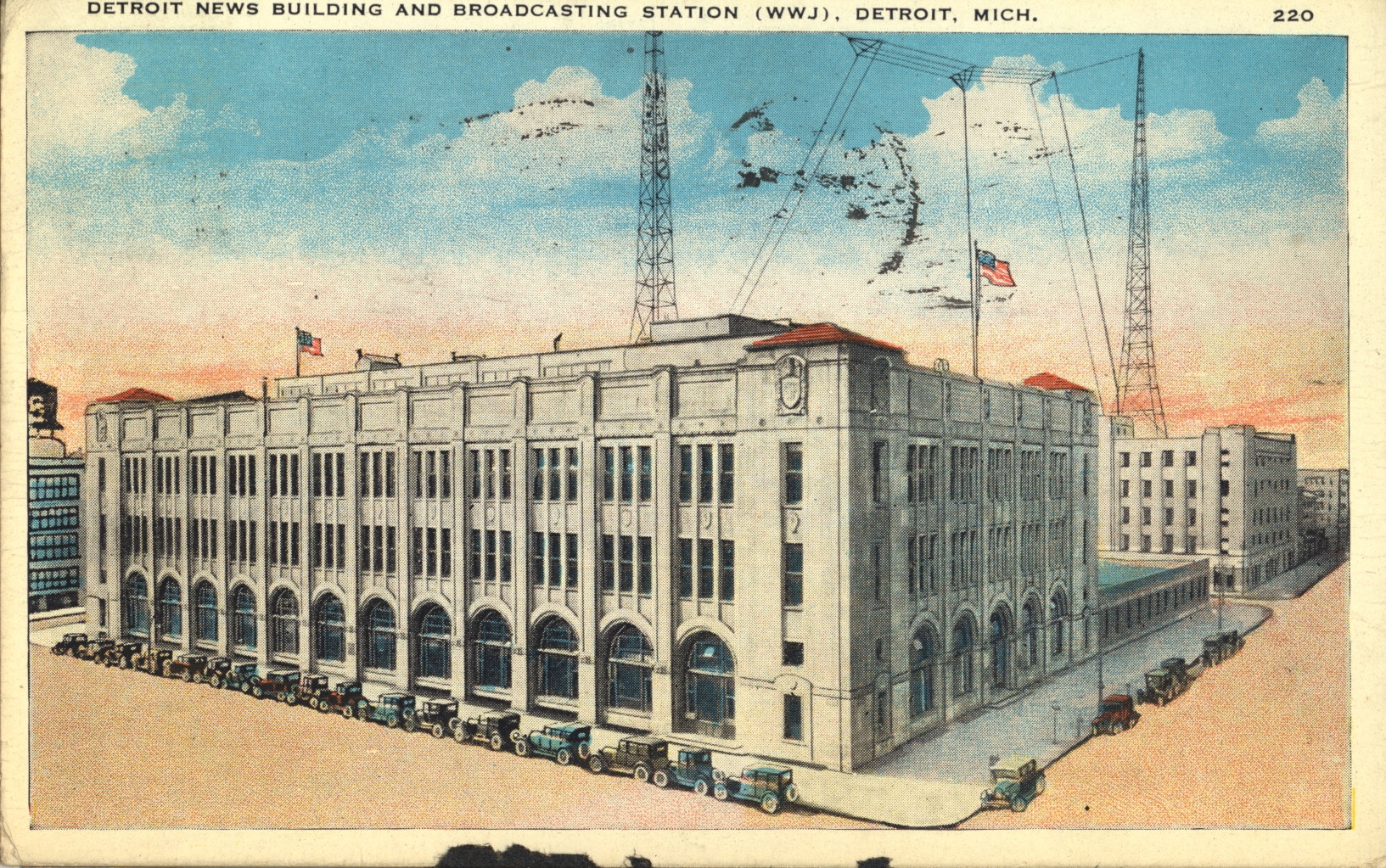 The Home of the Detroit News, fronting for more than 300 feet on Lafayette Boulevard and Second Street. This is considered one of the most complete and ideal newspaper plants in the world. — Visitors are always welcome and extended every courtesy.

–The radio station began operating with the call letters WWJ in 1922, and the cars shown indicate this image dates from the 20’s as well. The card was used, and is dated 18 August 1932.