The Shrine of the Little Flower is named in honor of Saint Thérèse of Lisieux, who died of tuberculosis at the age of 24. 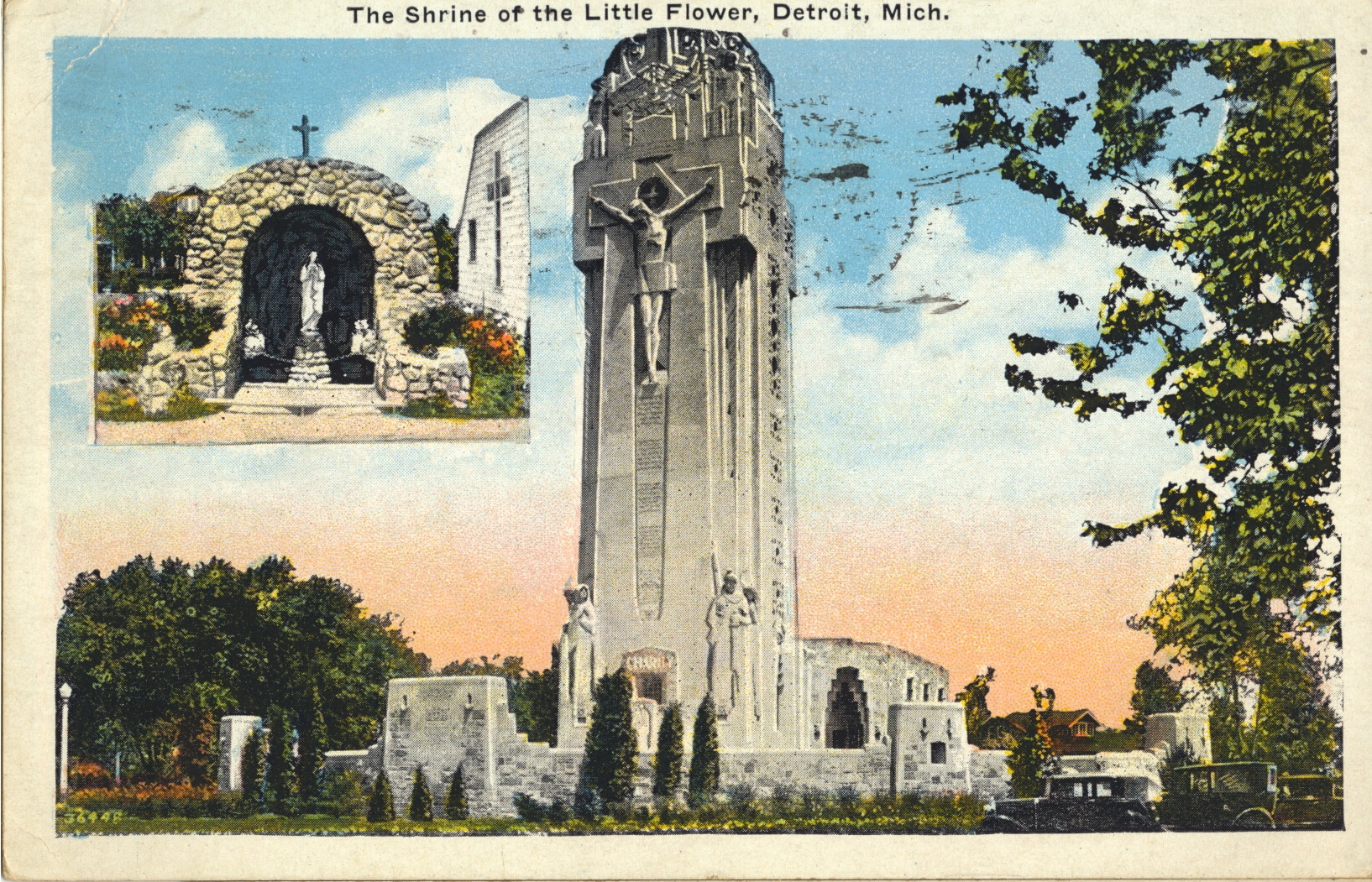 There is no description on the back of this card. This is an image of the second structure as it looked during construction. The building behind the tower was finished as two stories and includes a copper roof.

This was the home of the widely known Father Coughlin, who was a early supporter of the New Deal as outlined by Franklin Roosevelt, but broke with him early on when the new policies did not extend as far as he hoped.