This shows the imposing hotel called the Parker Inn as it looked early in the 20th century. It was an active hotel for nearly a half-century. 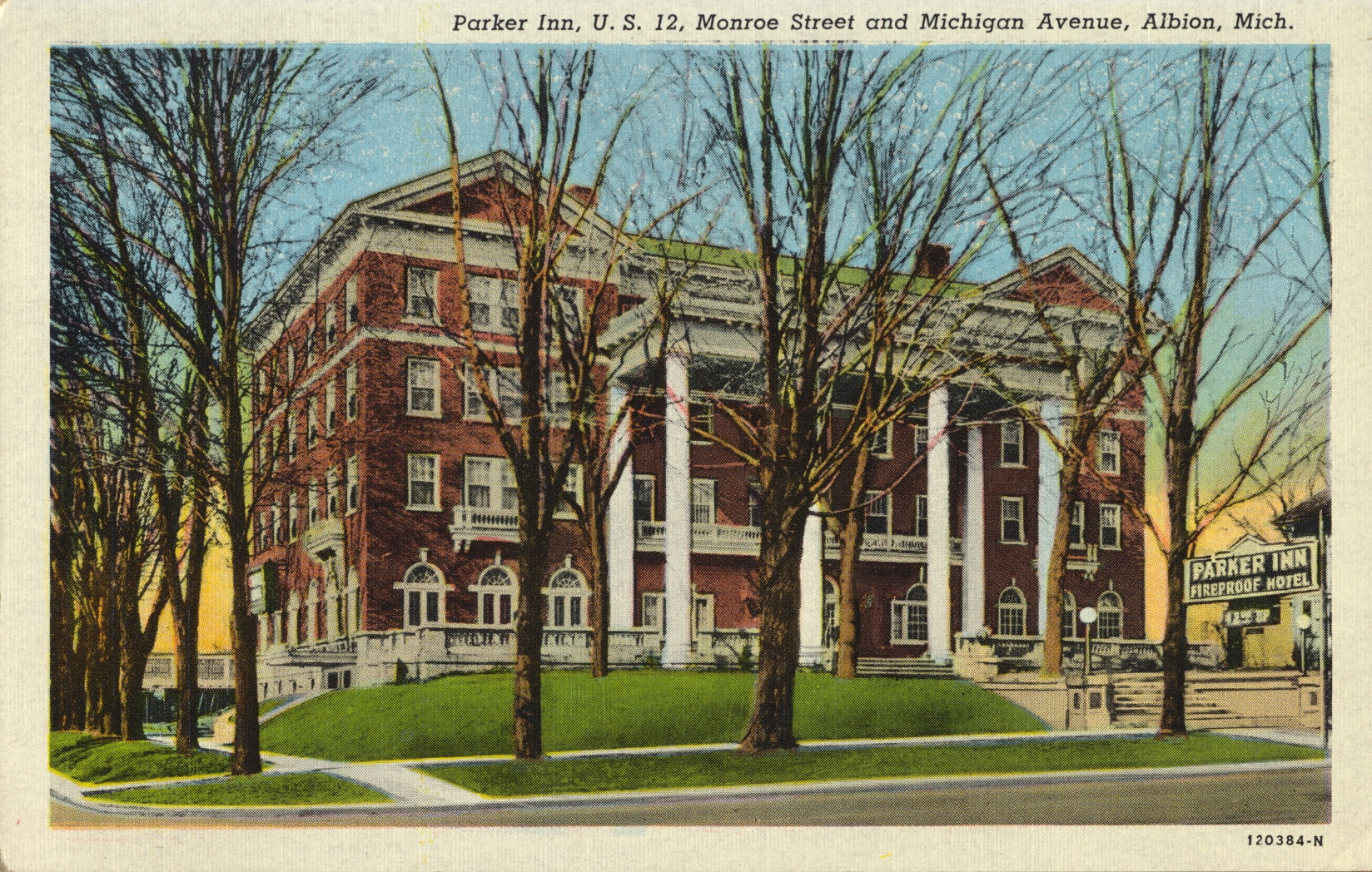 There is no description on the back of the card. This hotel was built in 1926 and closed in 1970 as traffic bypassed Albion on the newly constructed Interstate highway. The building was then converted to mixed use residences and businesses.