This is the fourth of four missions featured these past several days. The Mission San Juan de Capistrano is often confused with the more famous mission of the same name located in Southern California, and which is famous for its swallow migrations. This was the smallest and least successful of the San Antonio missions. 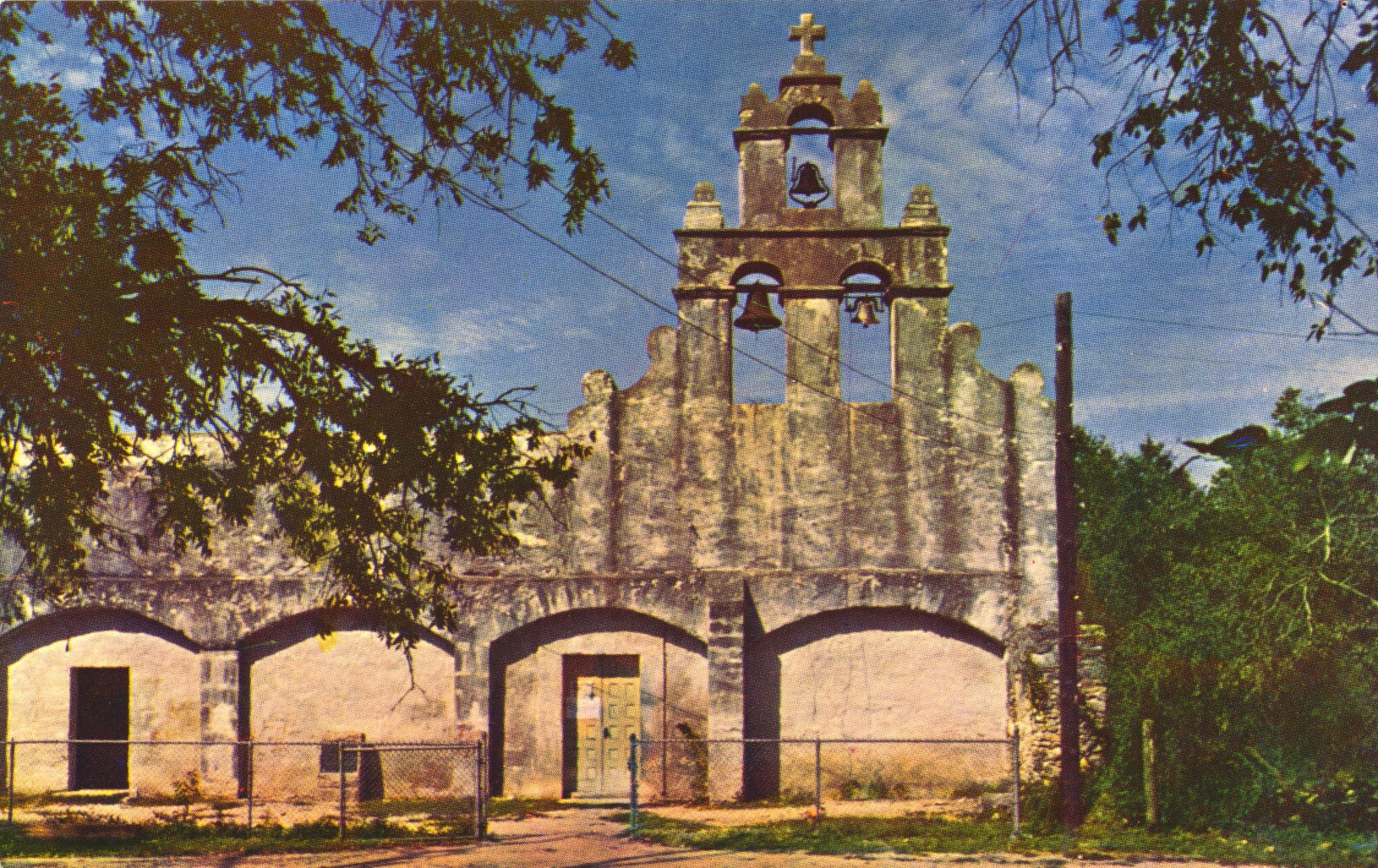 Established on its present site in 1731. The architecture is completely different from the other missions.

–This mission was extensively renovated in 2012. The foundation was reconstructed to prevent further damage to the walls, and the buttresses that were added in the 20th century have been removed. The walls were also covered in white plaster.

The absence of the large, dark buttresses in this picture indicates it dates to the 1950s.