This image shows the main entrance to the Mission Concepcion chapel as it exists today. The dual towers are a notable feature of this building, as many such missions erected only one tower for a bell. 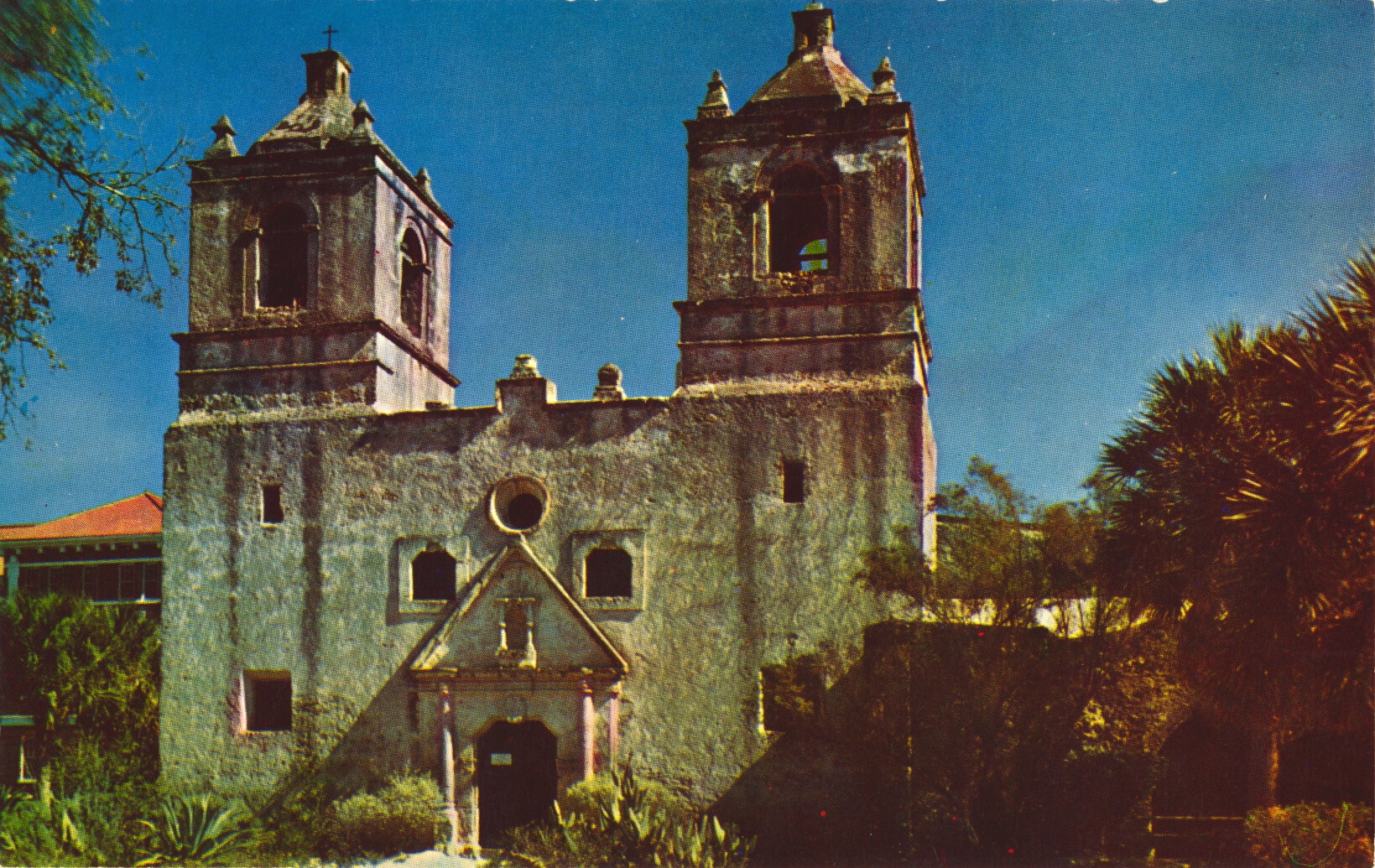 –The Battle of Concepcion was a short pitched battle between a few hundred Mexican soldiers and two small companies of Texian soldiers numbering fewer than 100. The Mexicans hoped to destroy the smaller force before the Texian forces could reunite, but were driven off with many more casualties than the Texians suffered.