This image shows a bit of the grounds and the main facade of the Mission Concepcion, one of several missions in and around San Antonio, Texas. 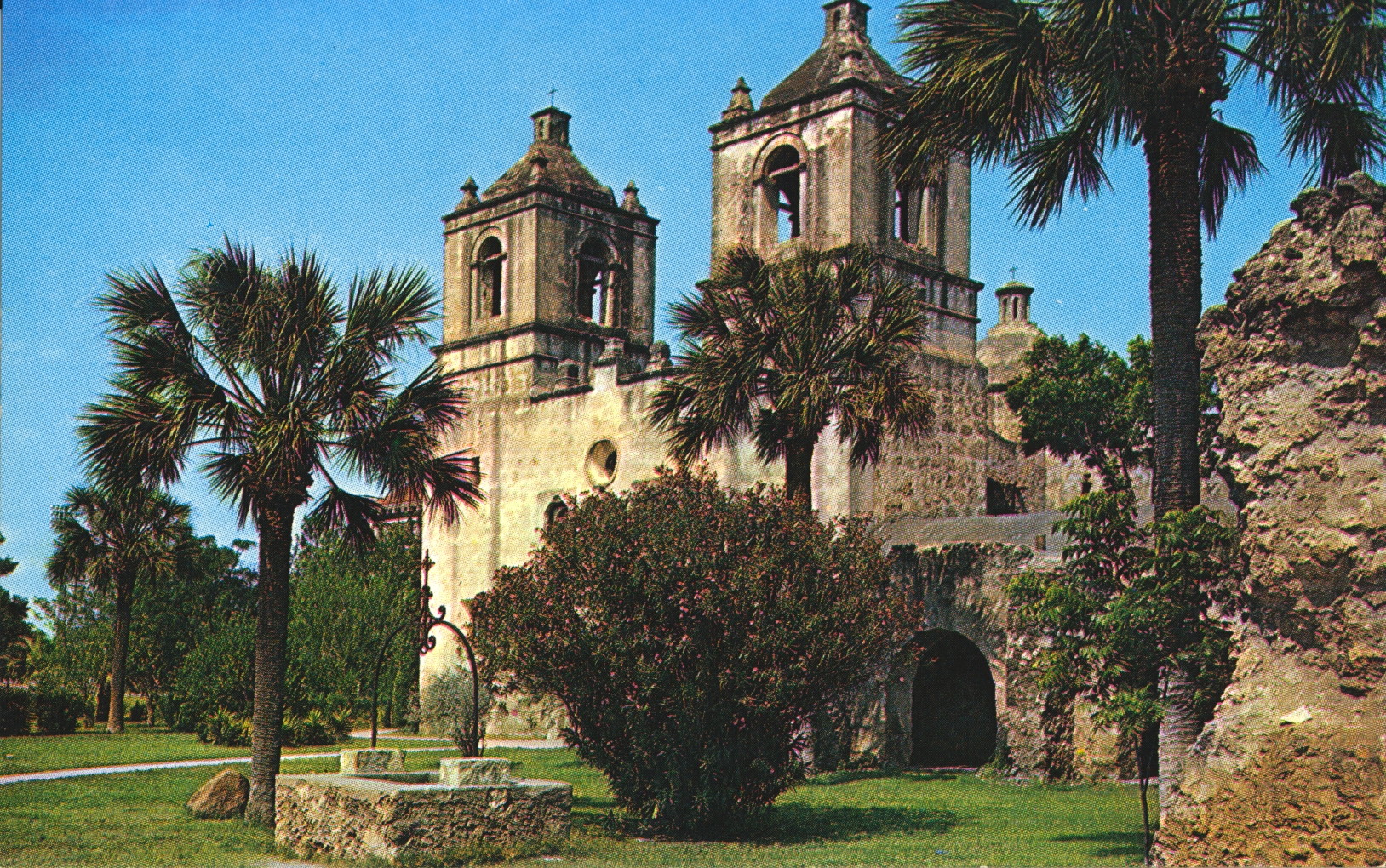 -This mission was originally founded in East Texas to help in conversion of the local natives, but was moved to the San Antonio area. It is the best preserved of all the missions around San Antonio.