This image moves away from the monk’s immediate rooms into an area of the mission where there were two stories constructed, as shown here by the upper level rounded and gothic pointed arches in the upper level. The missing elements of the structure would likely have been wood of some sort, and likely rotted away and collapsed. 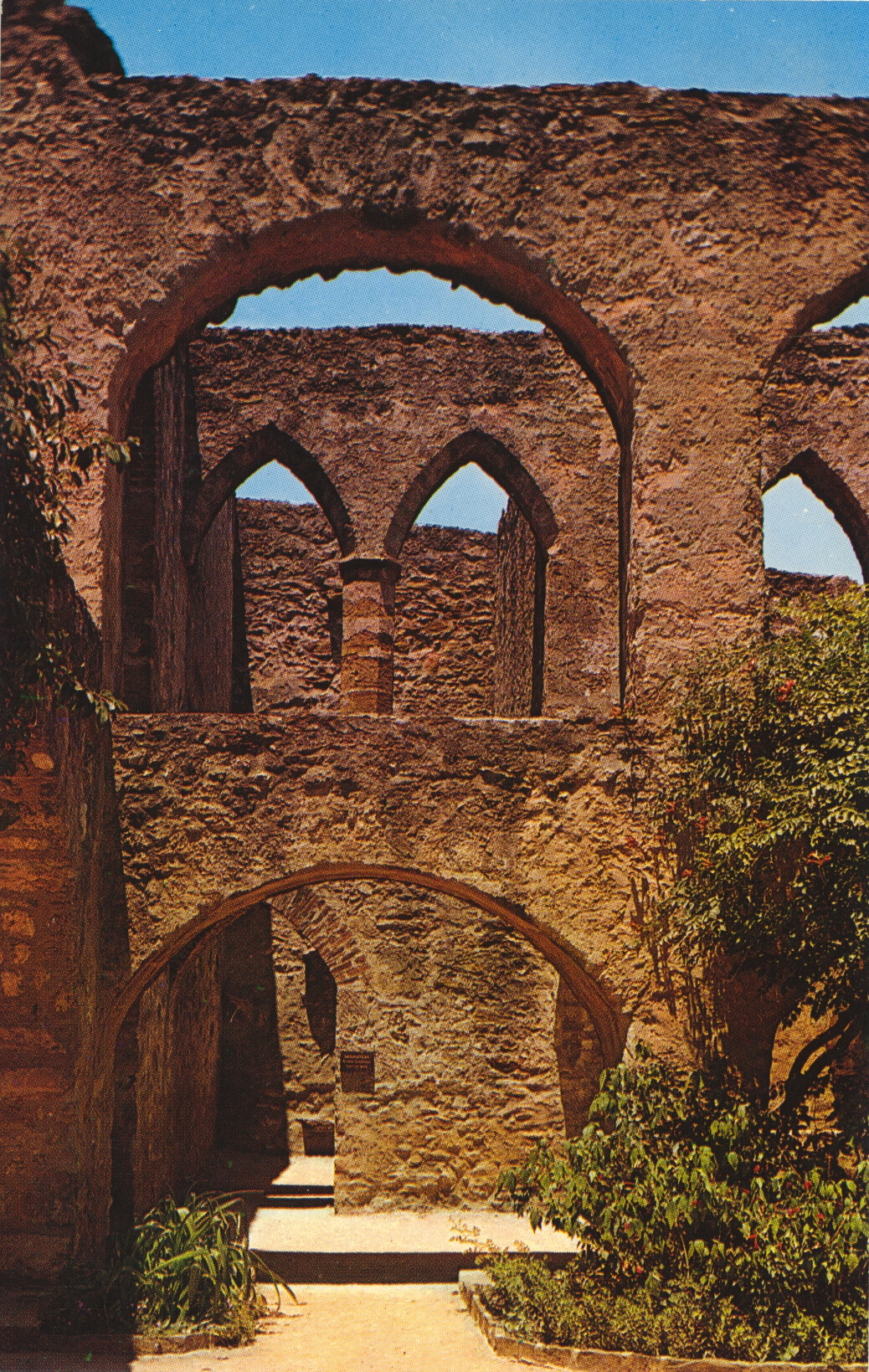