This image is a detailed closeup of the window itself, carved by Pedro Huizar. It is called the Rose Window, and the name is attributed to a woman Huizar had once known. This window opens on to the sacristy to provide illumination during services. 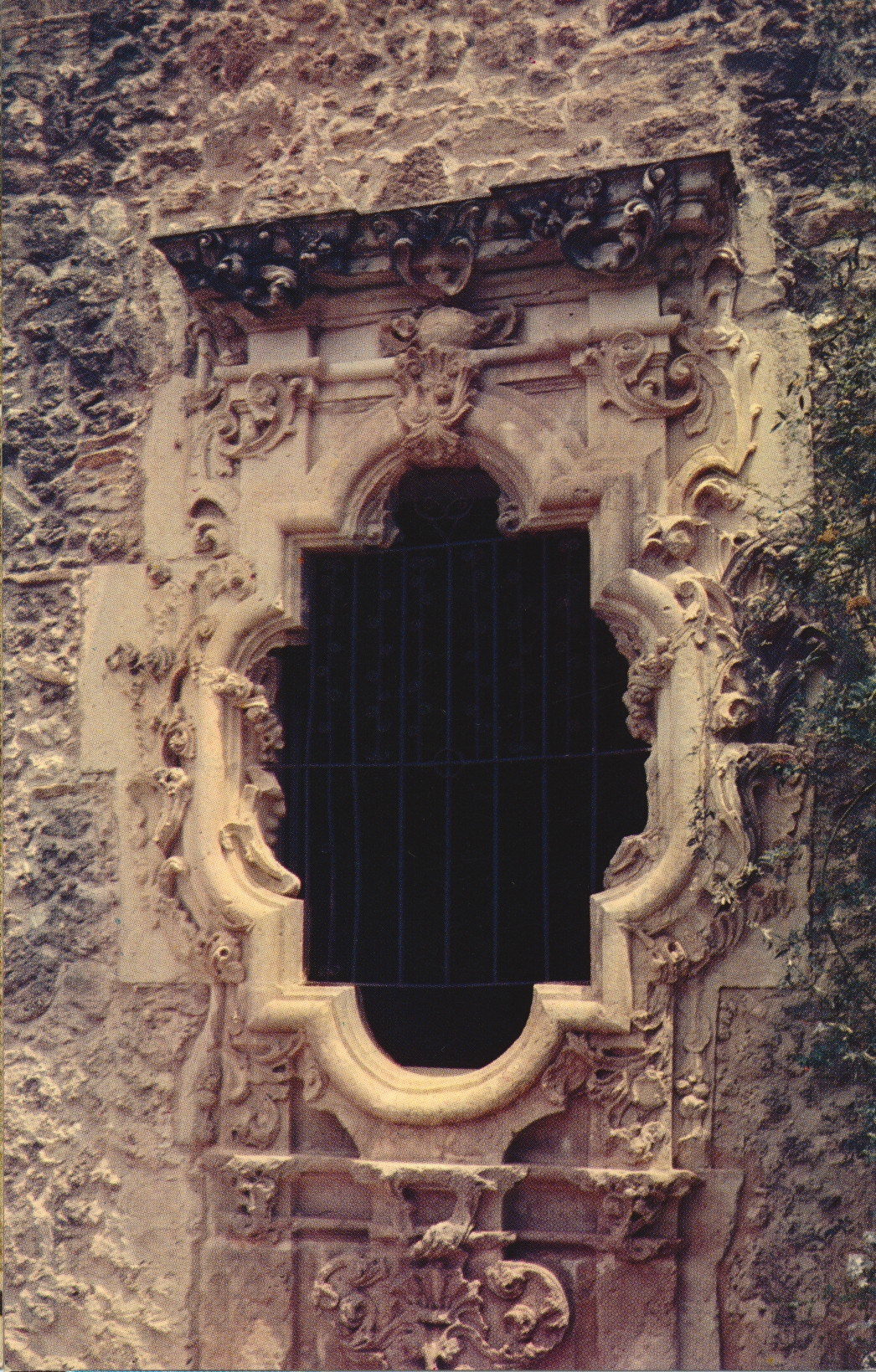 According to legend, these stones were carved by Pedro Huizar in memory of his Spanish sweetheart Rosa — hence the name “Rosa’s Window” or Rose Window.

–This romantic legend is unlikely. The term rose window is common in Gothic architecture to describe a window in the south facade, such as this one, which provides light to the sacristy.