This image follows in from the previous one, showing a clearer image of the entrance itself and adjoining walls, which are much more plain. The low sun angle accentuates the detail of the carvings around the door and window. 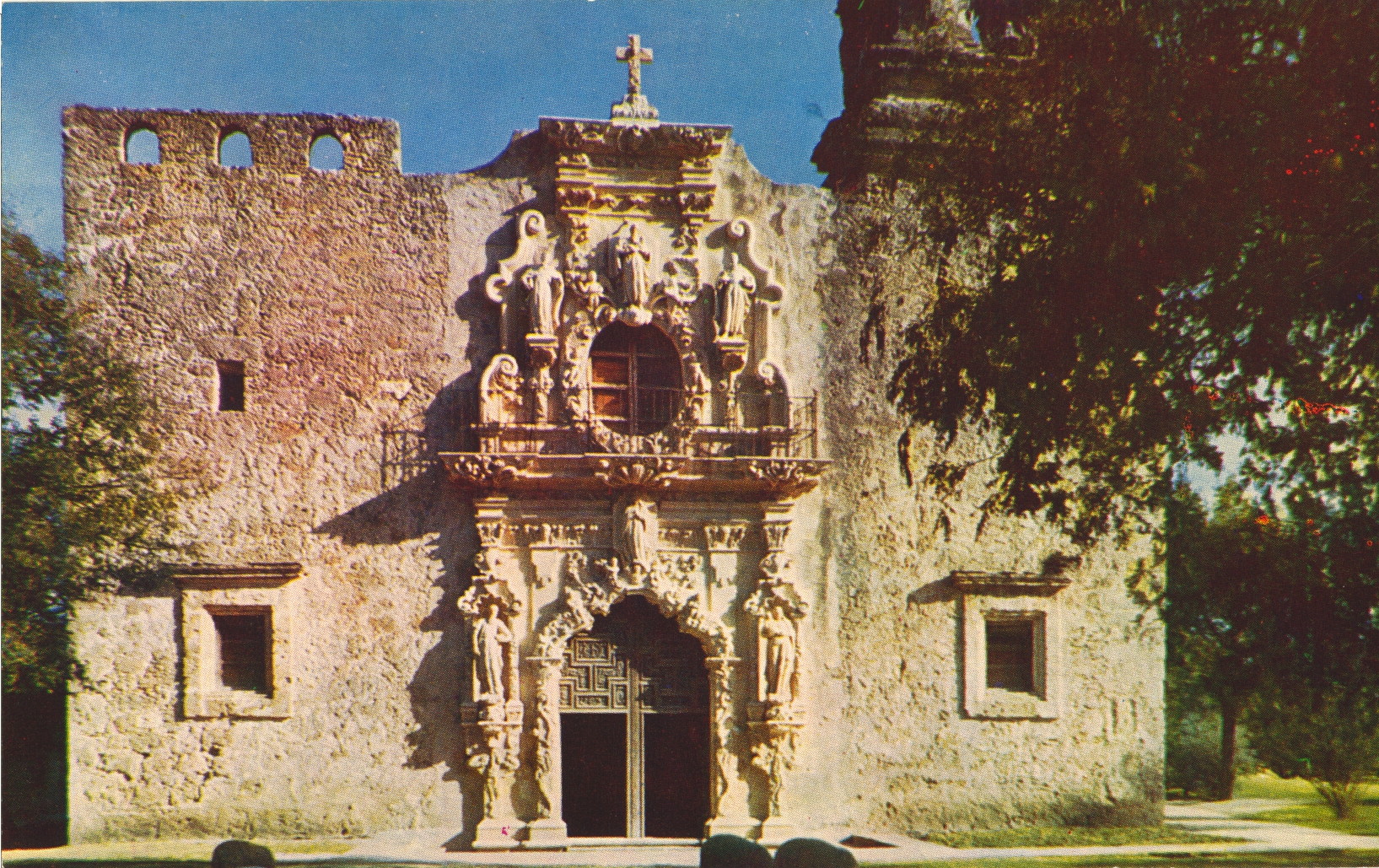 Facade above entrance to the chapel. The carving took Pedro Huizar 13 years to complete.

—Pedro Huizar was a wealthy and influential judge and sculptor in and around San Antonio in the 18th century.