This image moves from the entrance to the park to feature the main facade of the Mission San Jose and the bell tower. 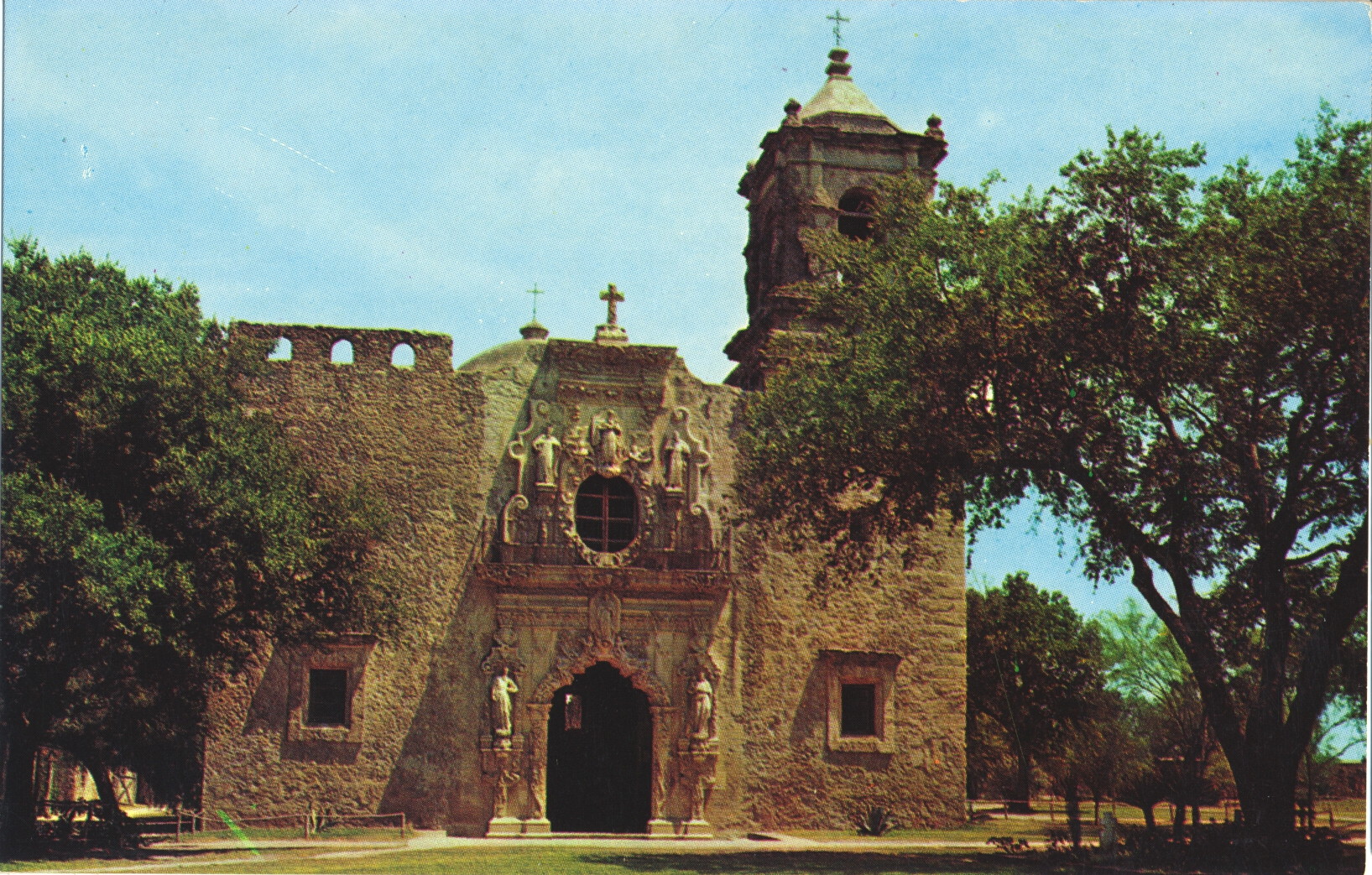 Founded in 1720, it is particularly famous for its stone carved South Window.

–The facade is entirely carved from stone, and is far more elaborate and detailed than other missions in the area. This card likely dates from the 1950s.