This is an image of the well-known volcanic outcrop known as Devils Tower. It became famous most recently when featured as an important plot element and site for the climax of the film Close Encounters of the Third Kind in 1977. 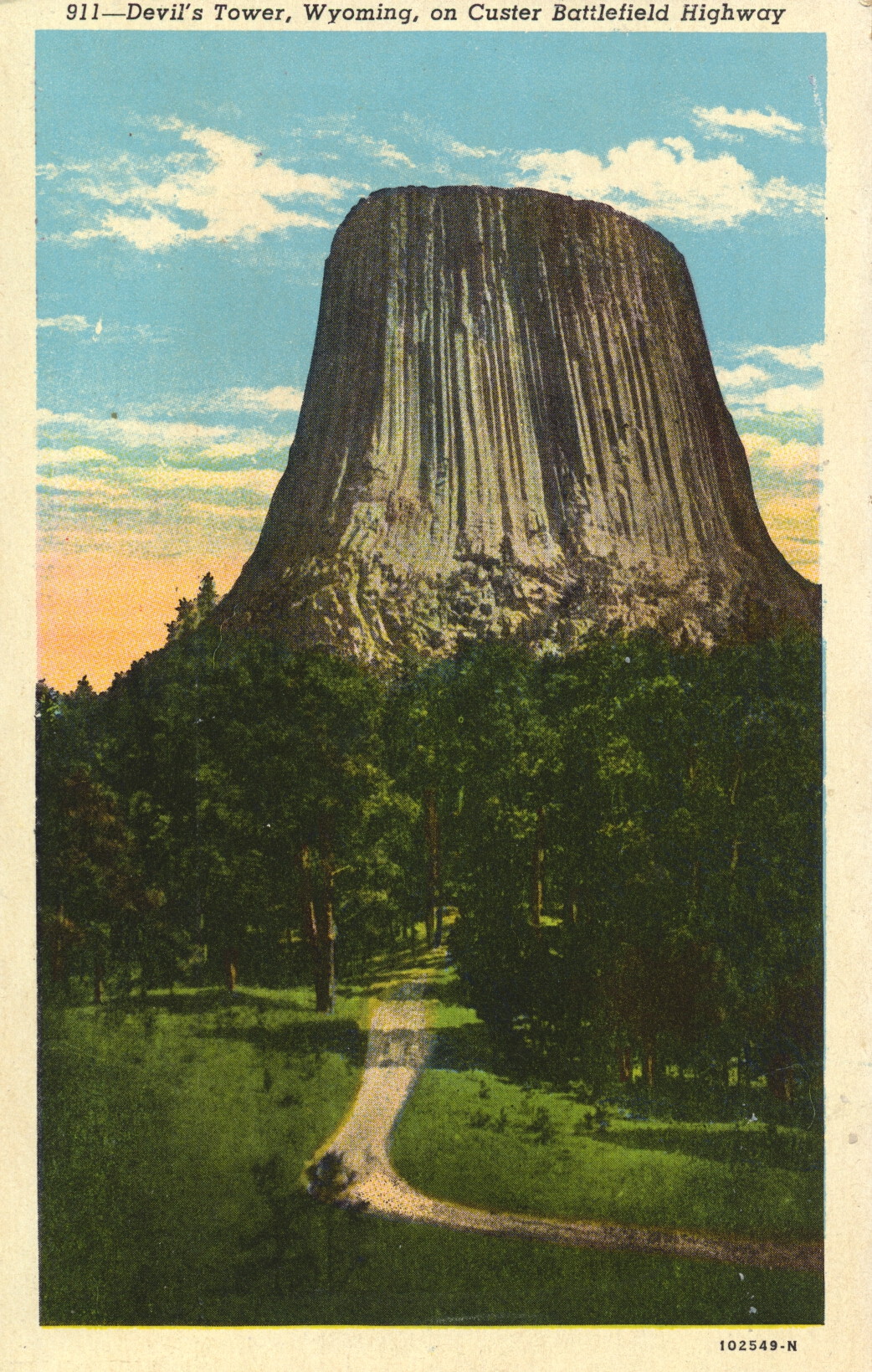 The back of the card is severely damaged, and the description cannot be determined.

The name as shown on the card is misspelled, as the common form uses the plural instead of the possessive, and thus omits the apostrophe.

Colorized photo cards of this type are commonly dated from the 1940s.