This image shows a typical mid-20th century motel as it looked in the days before the Interstate Highway system profoundly affected motor traffic through and around many cities like Springfield, Missouri. 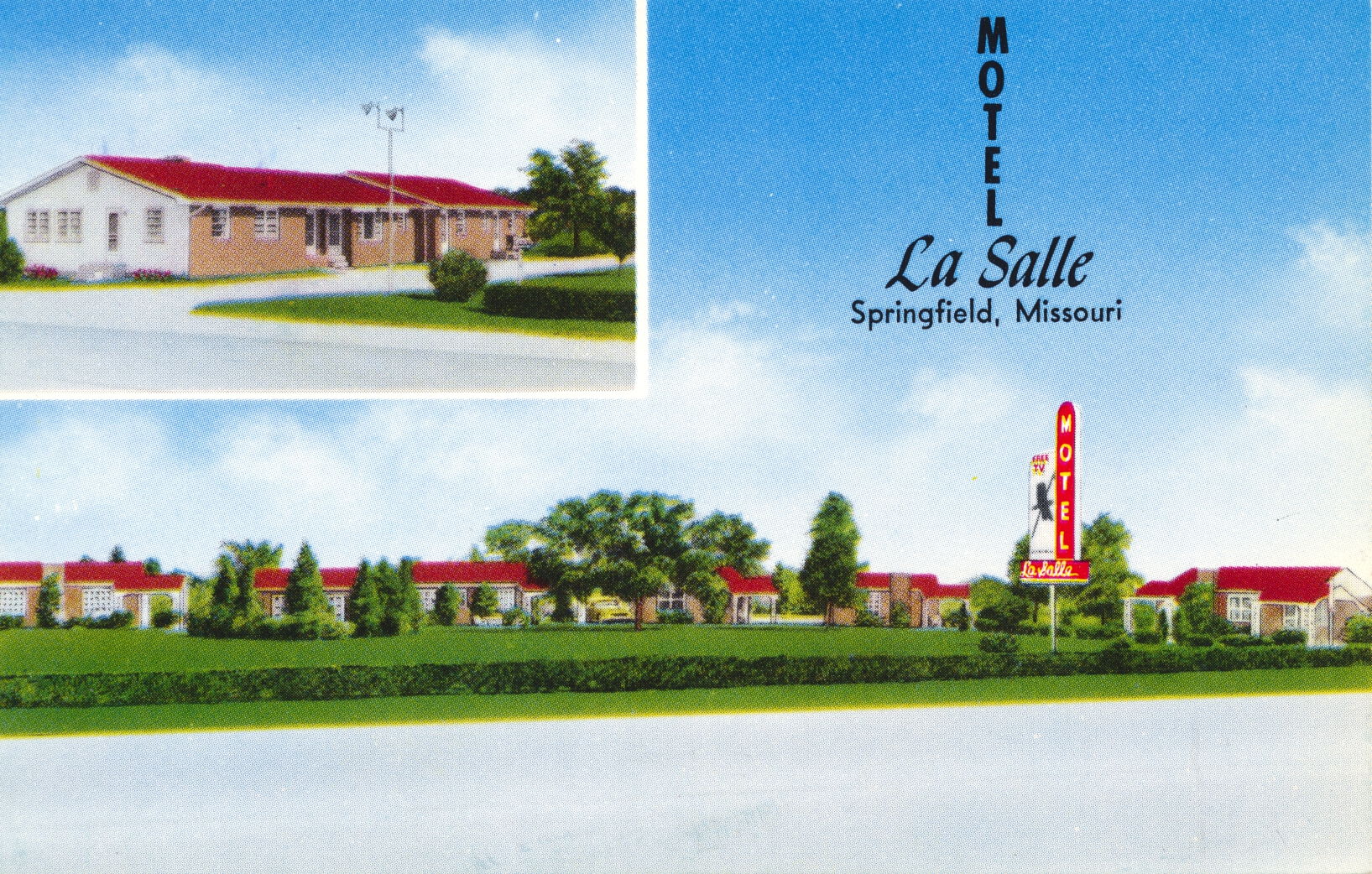 –Presumably, refrigerated was the term used that is now called air conditioning. It is not known what sort of system Panelray heat was, possibly a kind of electric heater built into the wall of the motel room. This hotel no longer exists, likely a result of the reconstruction of the highway intersection in later years. This card likely dates from the 1940s.