This card displays three of the hotels in an apparent chain of establishments. Two hotels, the Claridge and Mark Twain, were at one time in St. Louis, while another Claridge was also located in Memphis. 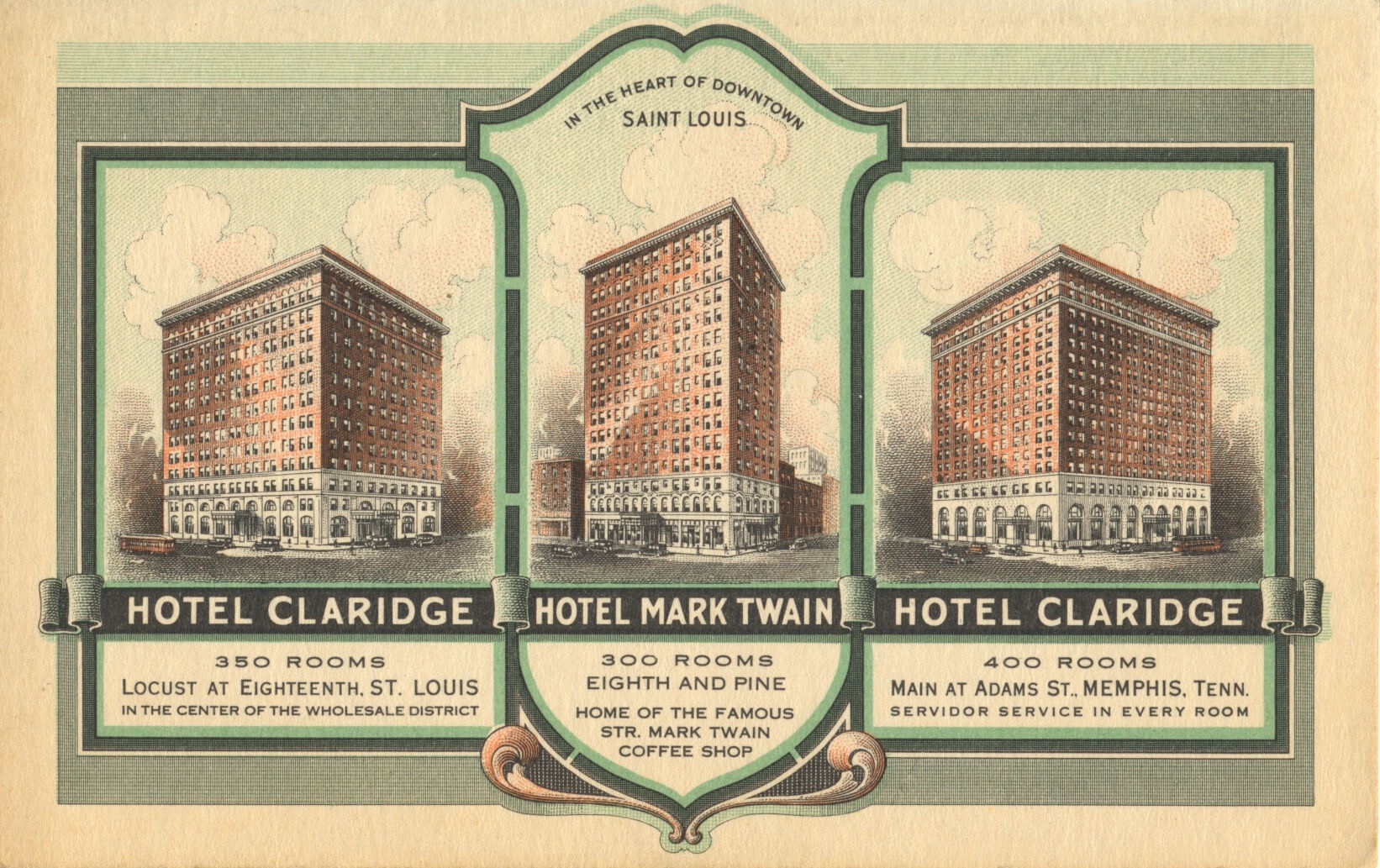 Isler – Tompsett – Saint Louis – Lithographed in U. S. A.

The description on the back also indicates these cards were distributed to each of the hotels:

CHECK HOTEL FROM WHICH THIS IS SENT

Rooms in all hotels equipped with tub and shower bath, circulating ice water and electric fan.

–It is not clear if the ice water was for drinking or provided an early air conditioning along with the fan. The cars shown in the illustration indicate this card is from the 1930s.