This is an image of the former city hall for the city of Saginaw, Michigan. It was built in 1891 after the merger of Saginaw and East Saginaw, and was on S. Washington Ave. 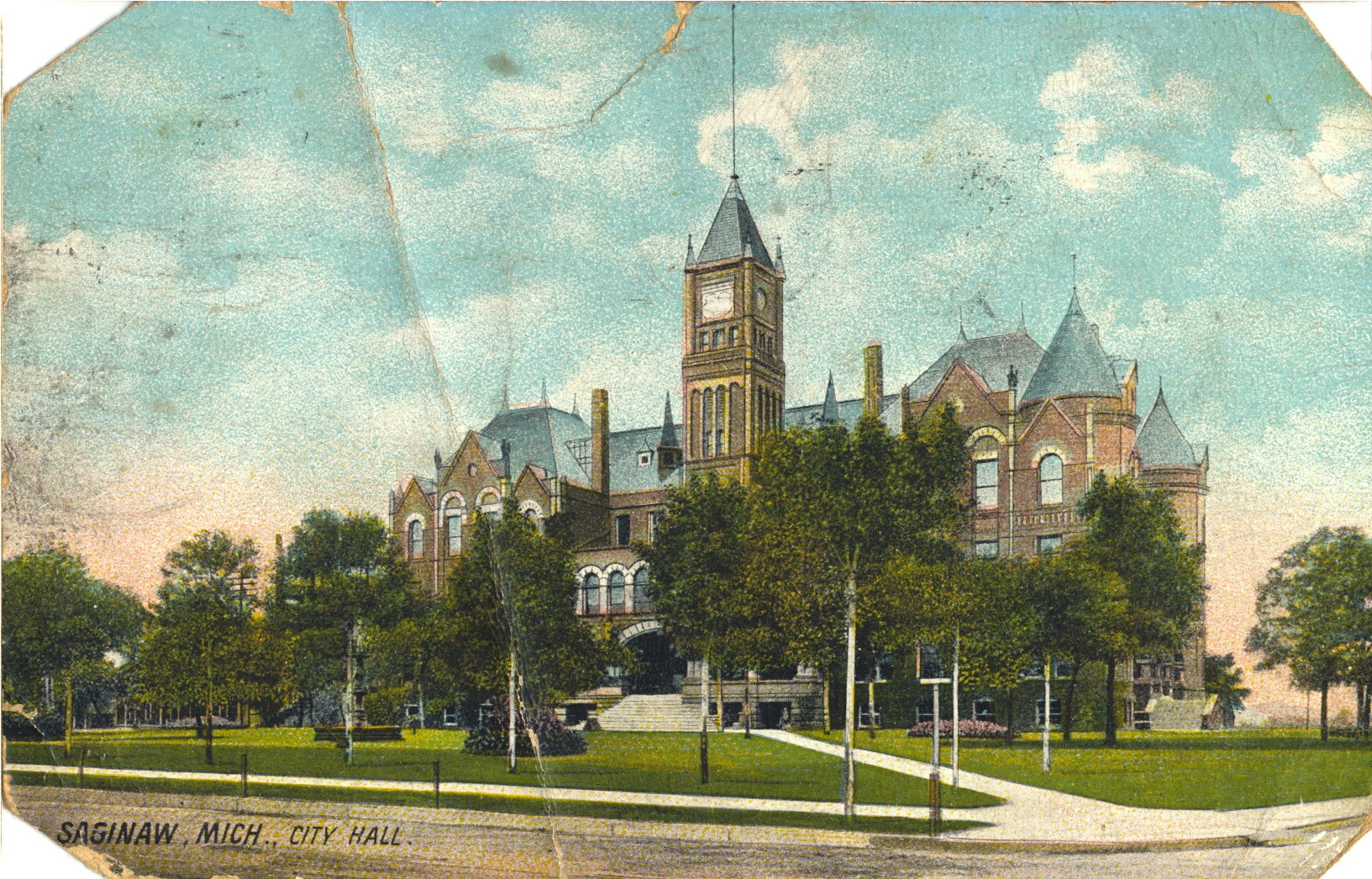 Published by A. C. Dietsche, Detroit, Mich. and Franfort, Germany.

The building was destroyed by fire on April 9, 1935, and replaced by the current City Hall structure on the same site.

This card was used and is dated 29 October 1909. The card is in poor condition, with tears and folds. The corners are not original, and were cut by the recipient.