This card has an image of the Hackley Public Library building as it looked at the turn of the 20th Century. The building is much larger than it appears from the photo, enclosing over 27,000 square feet of space. It is still in use as a library. 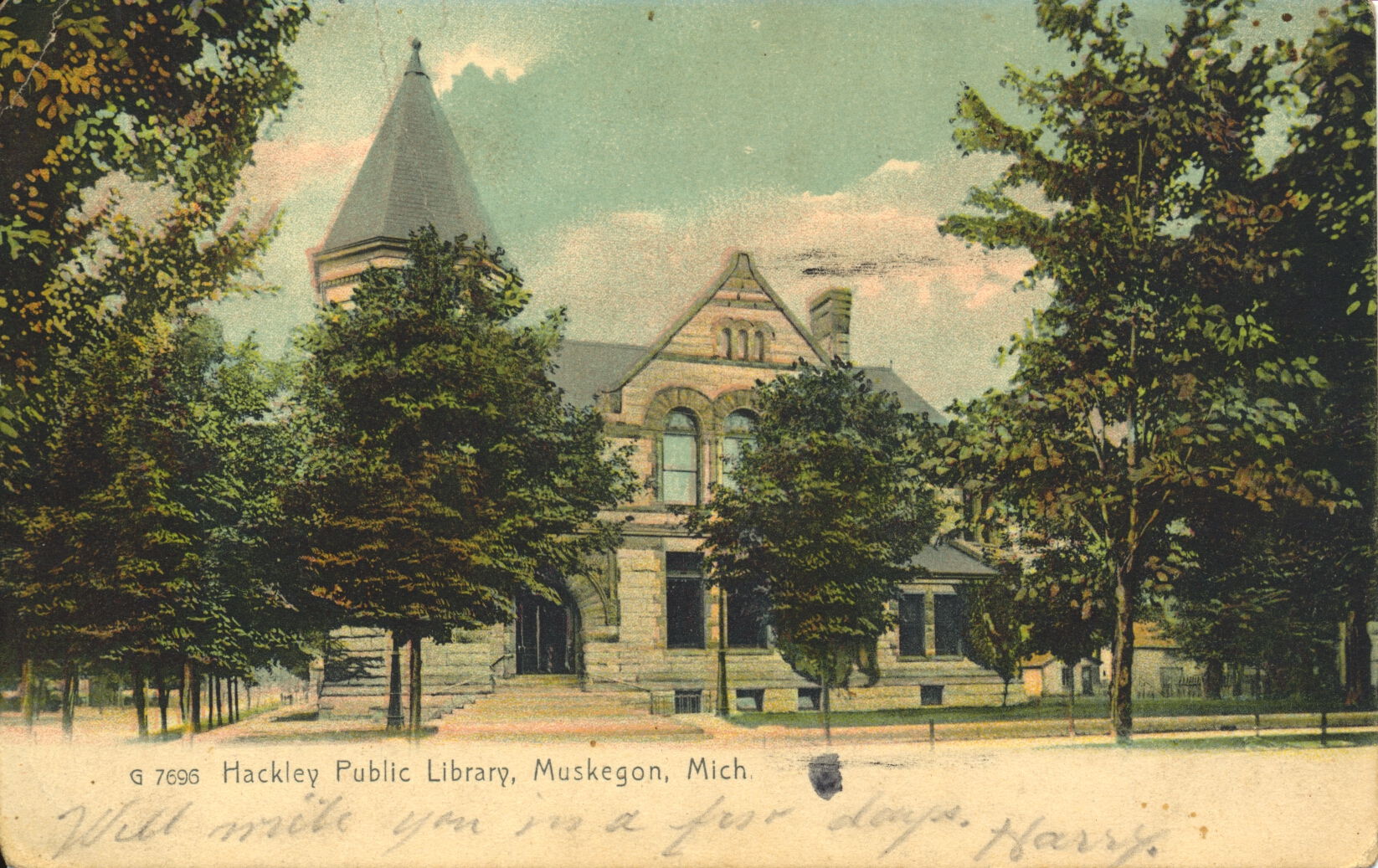 There is no description on the back. As was common in the early days of postcards, there is a message on the front, but not the back, which has only the address, stamp and cancellation.