This image shows the well-known landmark in the downtown of Grand Rapids, Michigan. It is a memorial to the soldiers who took part in the American Civil War from the Grand Rapids area. The statue has been moved recently a small distance within the park, and now stands overlooking the junction of Fulton and Division Streets at the center of the city. 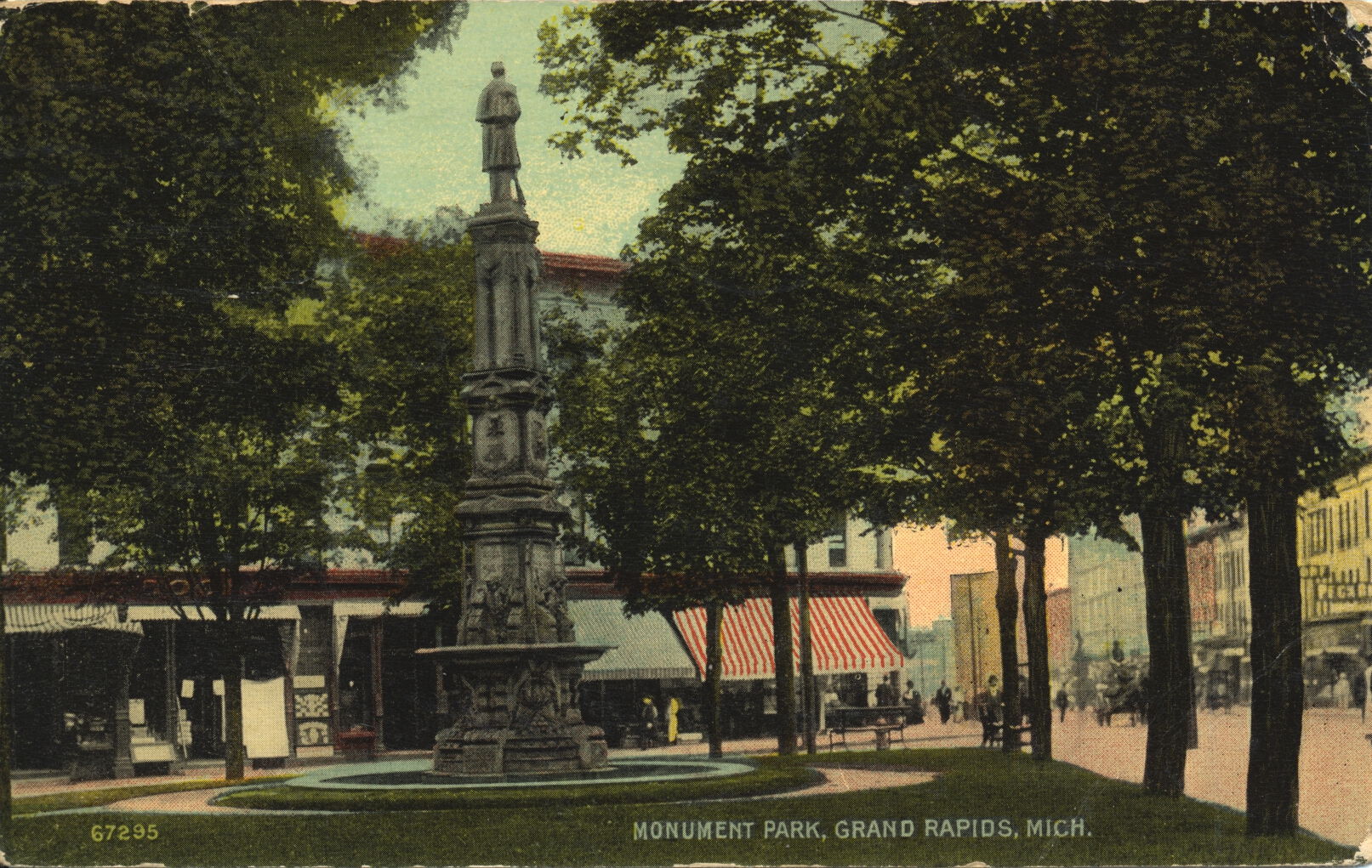 The monument is unusual as it was the first to include a built-in fountain, and also commemorates the activities of women during the Civil War.