This image is a view of Grand Rapids near the turn of the 20th century, as indicated by the clothing styles and transportation modes typical of that era. 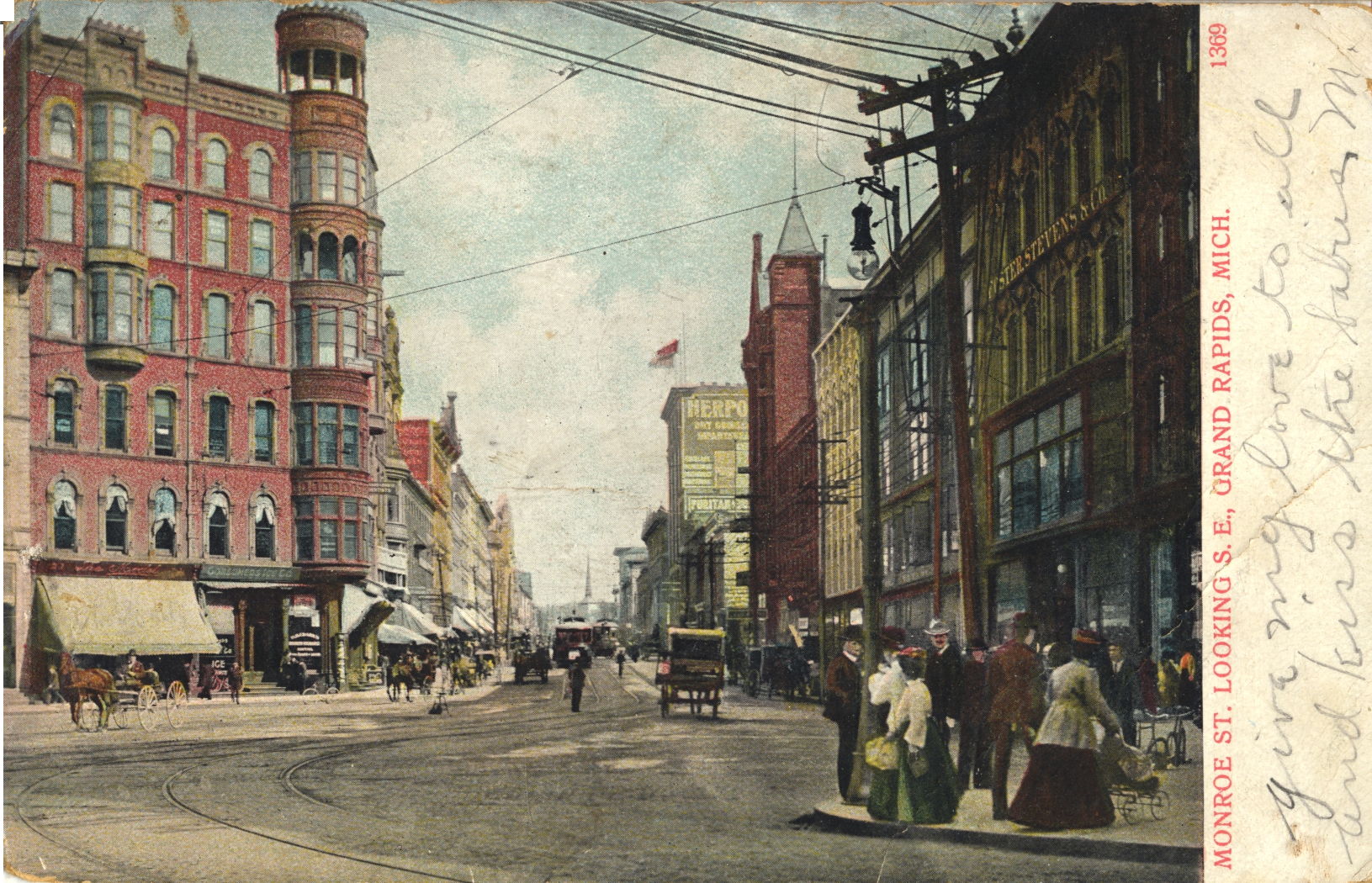 The final number is the series identification. The landmark department store called Herpolsheimer’s is clearly visible in the center background due to the common habit of painting signs on the exposed sides of tall buildings. This building was left vacant by the company and another department store, Wurzburg’s, moved into the vacated space.