This image shows the pathway leading to the Old Faithful Inn, at the left, along with a later expansion in the right center. The original building was constructed in 1904 and was recently renovated to return it to much of its original design. 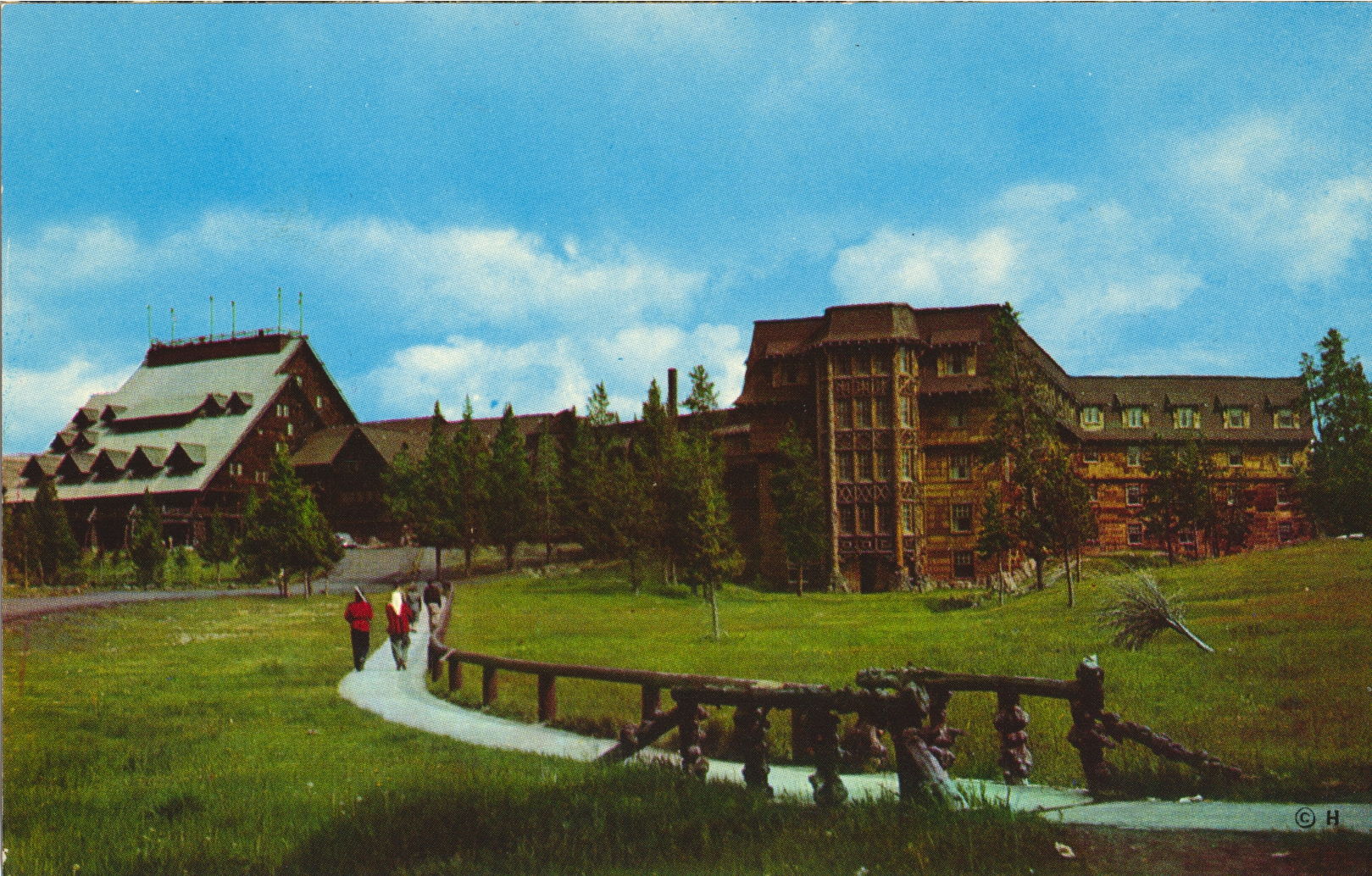 IS ONE OF THE MOST FAMOUS OF THE PARK HOTELS. ITS LOBBY, MASSIVE FIREPLACE AND CLOCK, SURROUNDED BY A MAZE OF BALCONIES TRIMMED WITH GNARLED TREE TRUNKS, AND LIKE THE CANYON LOUNGE HOTEL, THIS ONE WAS DESIGNED BY ROBERT C. REAMER.

–The Canyon Hotel mentioned at the end is not the one seen on the right of the picture. That hotel was slated for demolition in 1960, and before demolition proceeded very far, it burned to the ground on August 8, 1960. This card likely dates to the 1950s.