This is a colored version of a famous photograph taken of the former President of the United States, Abraham Lincoln, who was President during the American Civil War. 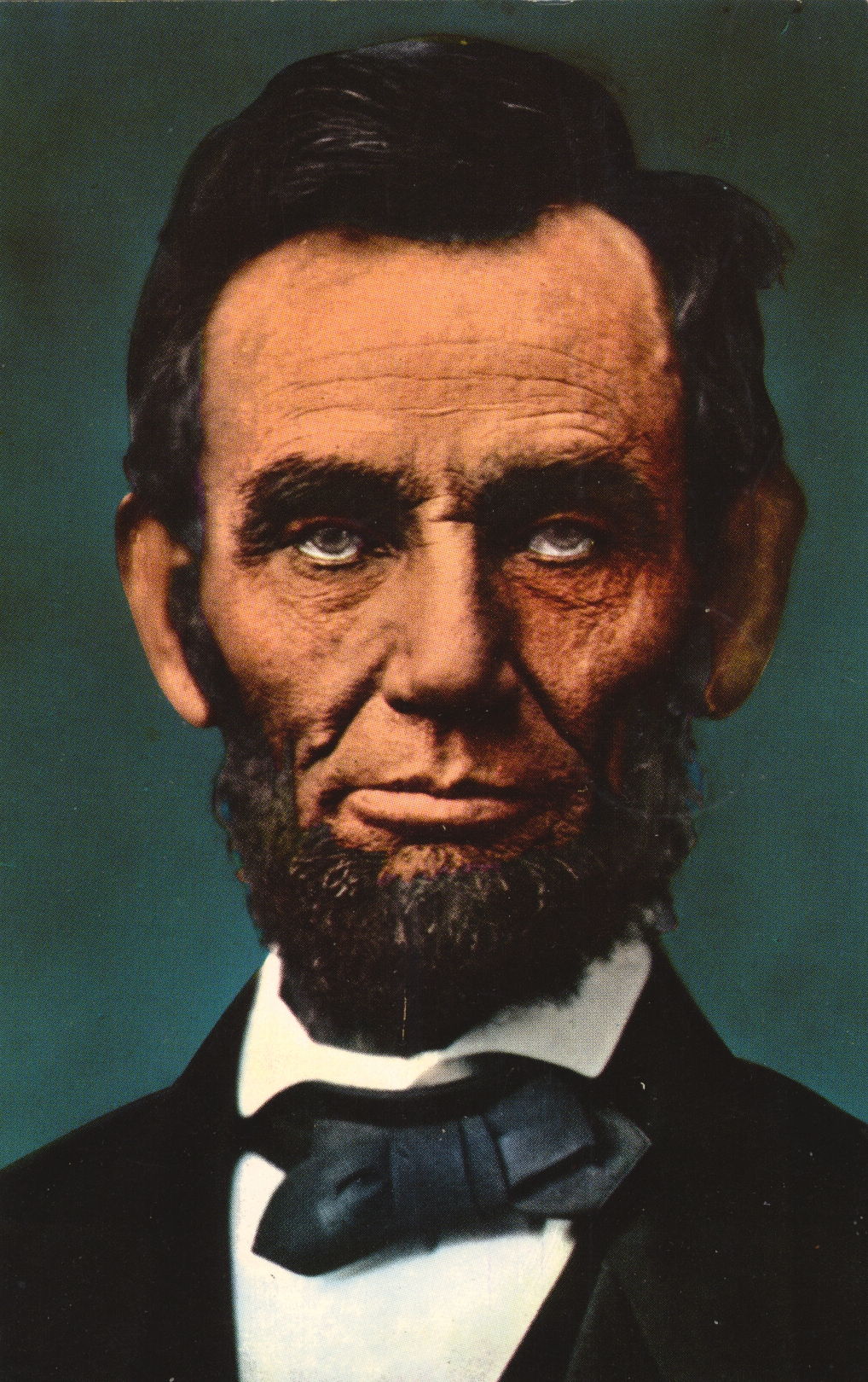 Sixteenth President of the United States, was born on February 12, 1809 in Hardin County, Kentucky in a log cabin on the Sinking Spring Farm near Hodgen’s Mill. From 1811-1816 he lived on the Knob Creek Farm near Hodgenville, Ky. From 1816-1830 grew up in Spencer County, Sother Indiana and moved to Illinois in 1830. In 1831-1837 spent six years in New Salem, where he was elected to the Legislature.

–Oddly, the description does not note that his death was by assassination. This postcard was used and is dated 17 June 1961, but the original photo is from a century before.