This image features formations in Mammoth Cave that resemble the columns built by the ancient Egyptians for the Great Hypostyle Hall at Karnak. 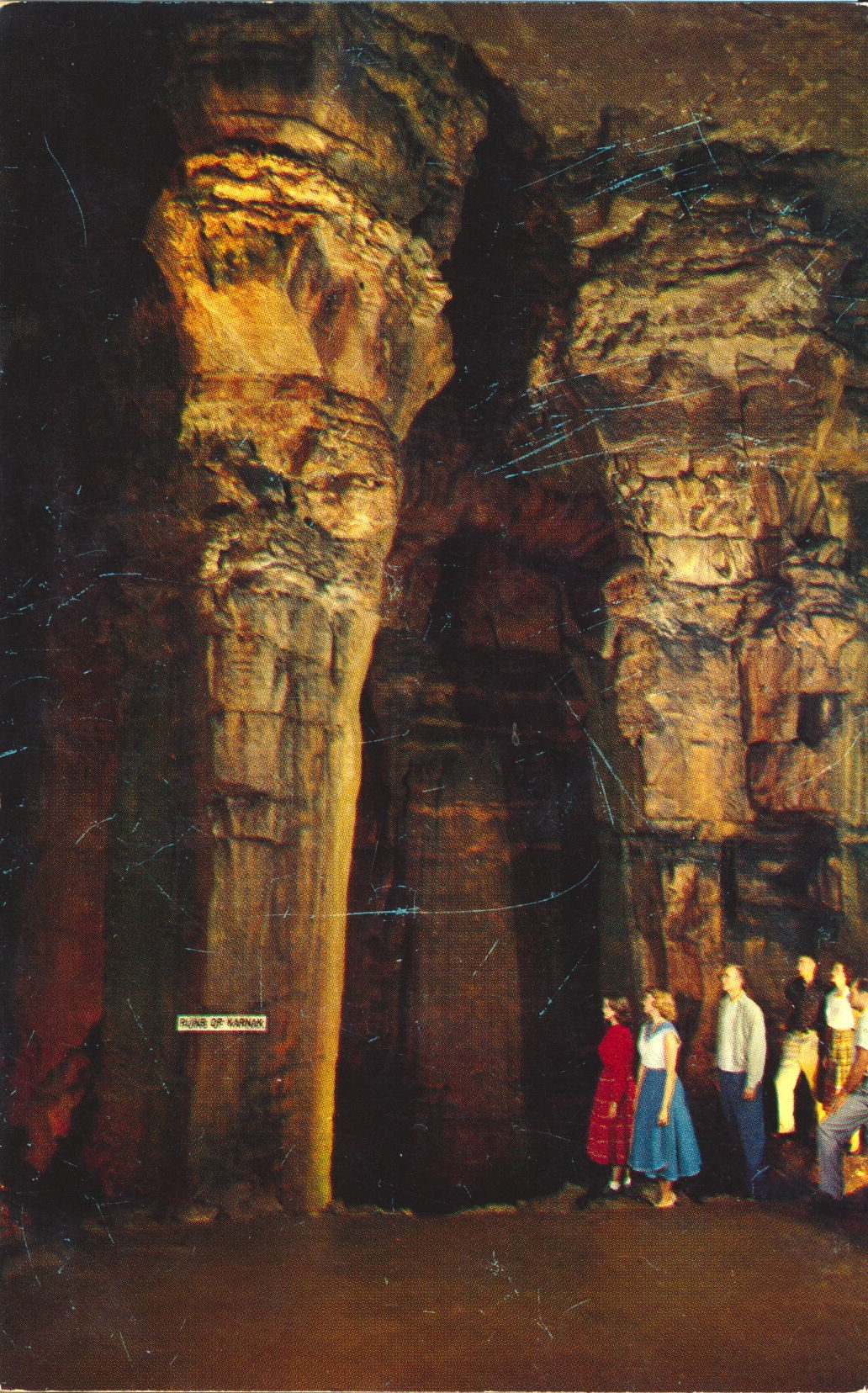 RUINS OF KARNAK IN MAMMOTH CAVE

Erosive action of water has carved these massive limestone columns, which tower 80 feet above the cavern floor. The feature was named for the ancient Temple of Karnak on the Nile in Egypt.

— The people posing give a good sense of scale for the formations, which were not carved, but constructed by flowing water leaving mineral deposits over many millennia. The fashions visible indicate this card dates from the 1950s.

The blue lines on the card are from damage and wear.