This image features some sense of scale as provided by the tourists in the foreground and the stairway leading past the solid sheet of stone called The Falls. 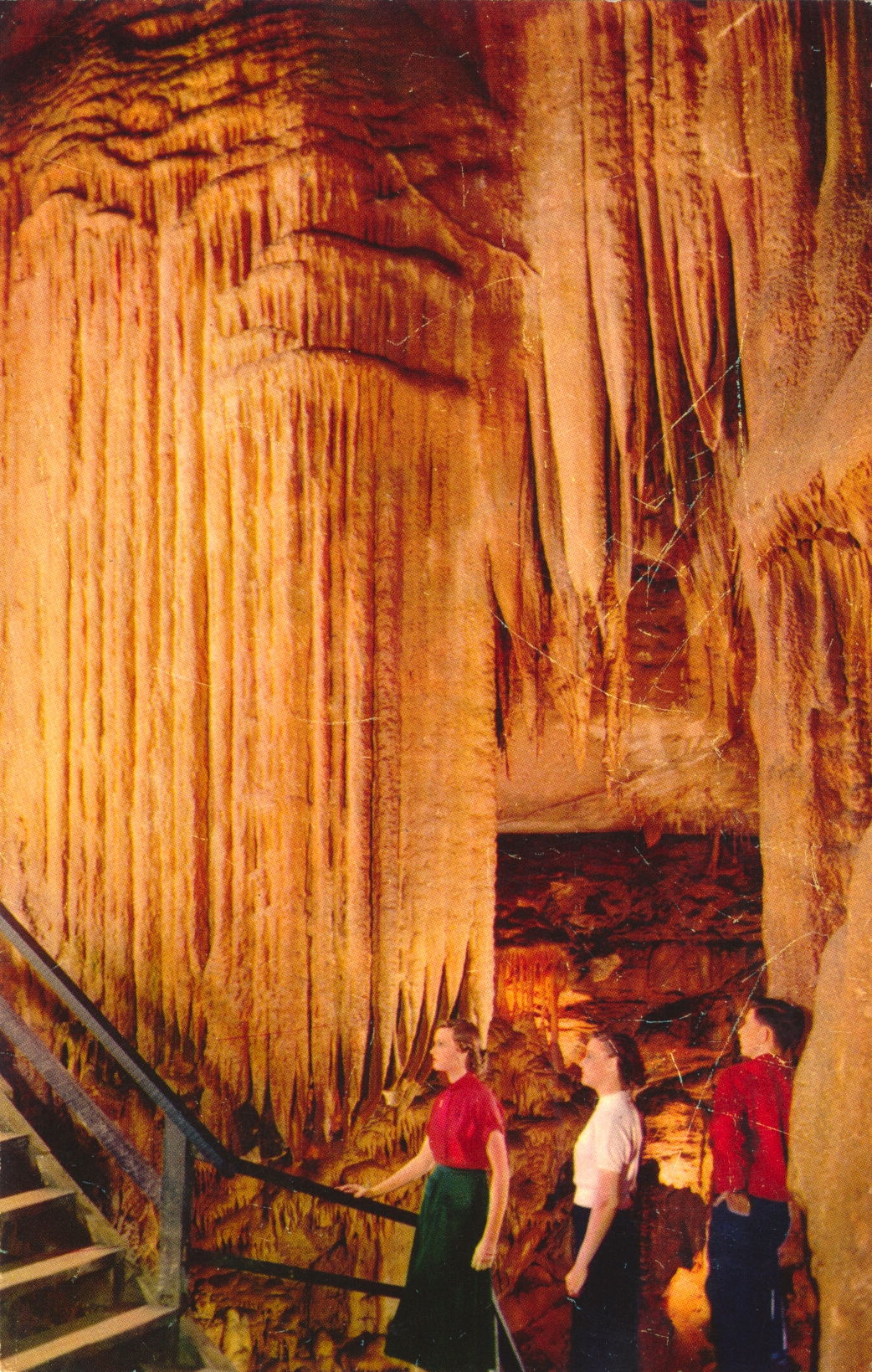 Fluted stalactites form massive draperies, simulating a pipe organ at the “Foot of the Falls”

–The description of the formation varies unexpectedly from the typical waterfall to the pipes of a large organ, to drapes, so it seems there is a lack of consensus about how best to identify this feature. It is clear the cave bottom is far below where the viewers are standing.

The styles of clothing indicate the image dates from the 1950s.