This image of the iconic Golden Gate Bridge is taken from a popular tourist viewing area on the north side of the narrows, an area called the Marin Headlands. 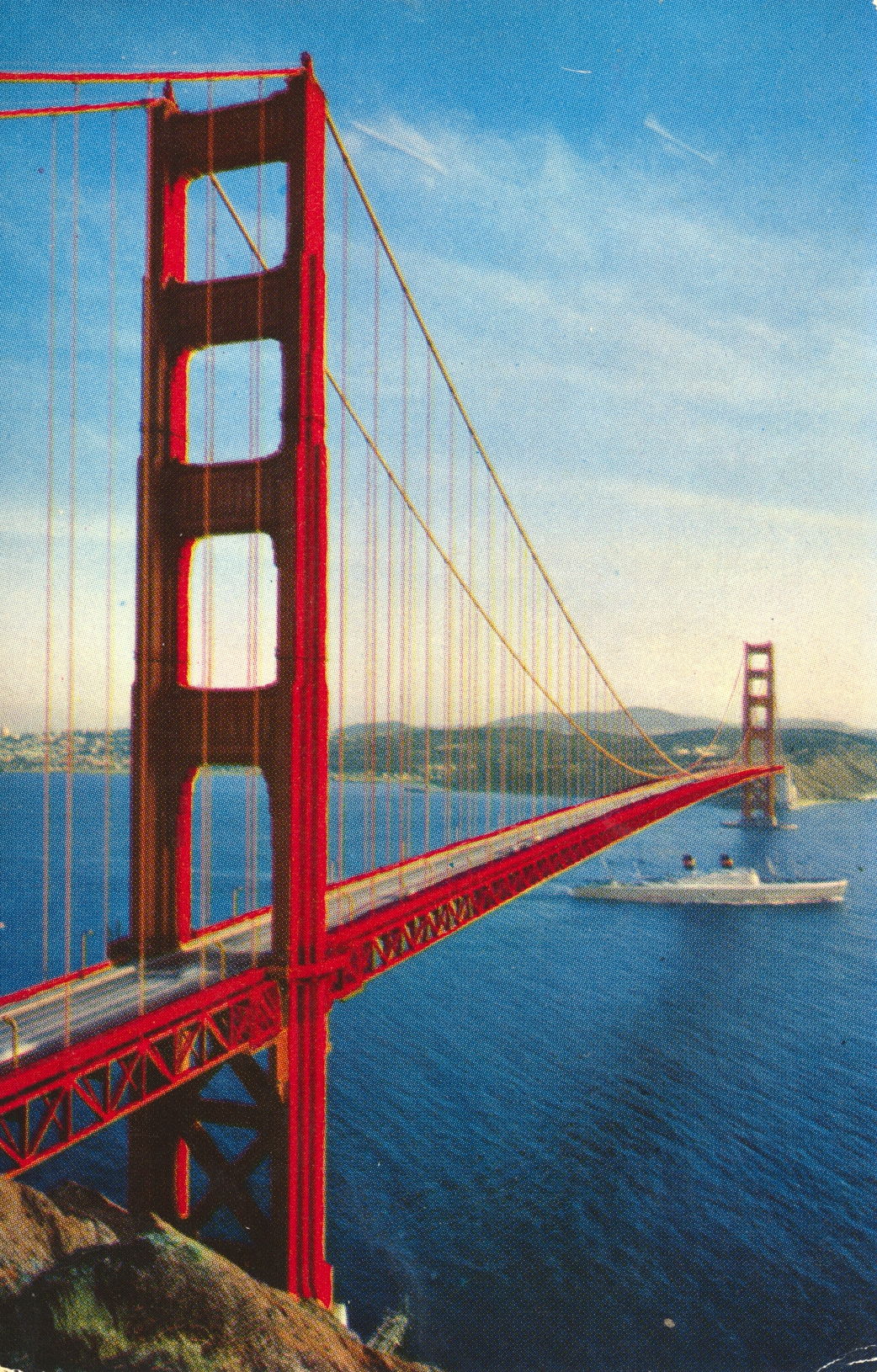 The longest and highest single-span suspension bridge in the world, the Golden Gate Bridge measures 4,200 feet between the two towers and 8,940 feet overall and its towers rise 746 feet above high tide. Completed in 1937 at a cost of $35,000,000, it connects San Francisco with Marin County and the Redwood Empire.

–The bridge is no longer the longest in the world, having been surpassed decades ago by several bridges elsewhere in the United States and the world. This card was used and is dated 26 June 1955.