This image is of the suspension section of the San Francisco – Oakland Bay Bridge, the longest bridge in the world by combined length. It’s length is extended considerably by the fact the bridge uses an island roughly halfway across the bay. At this point, the suspension bridge changes to a cantilever bridge and continues to the Oakland landing. 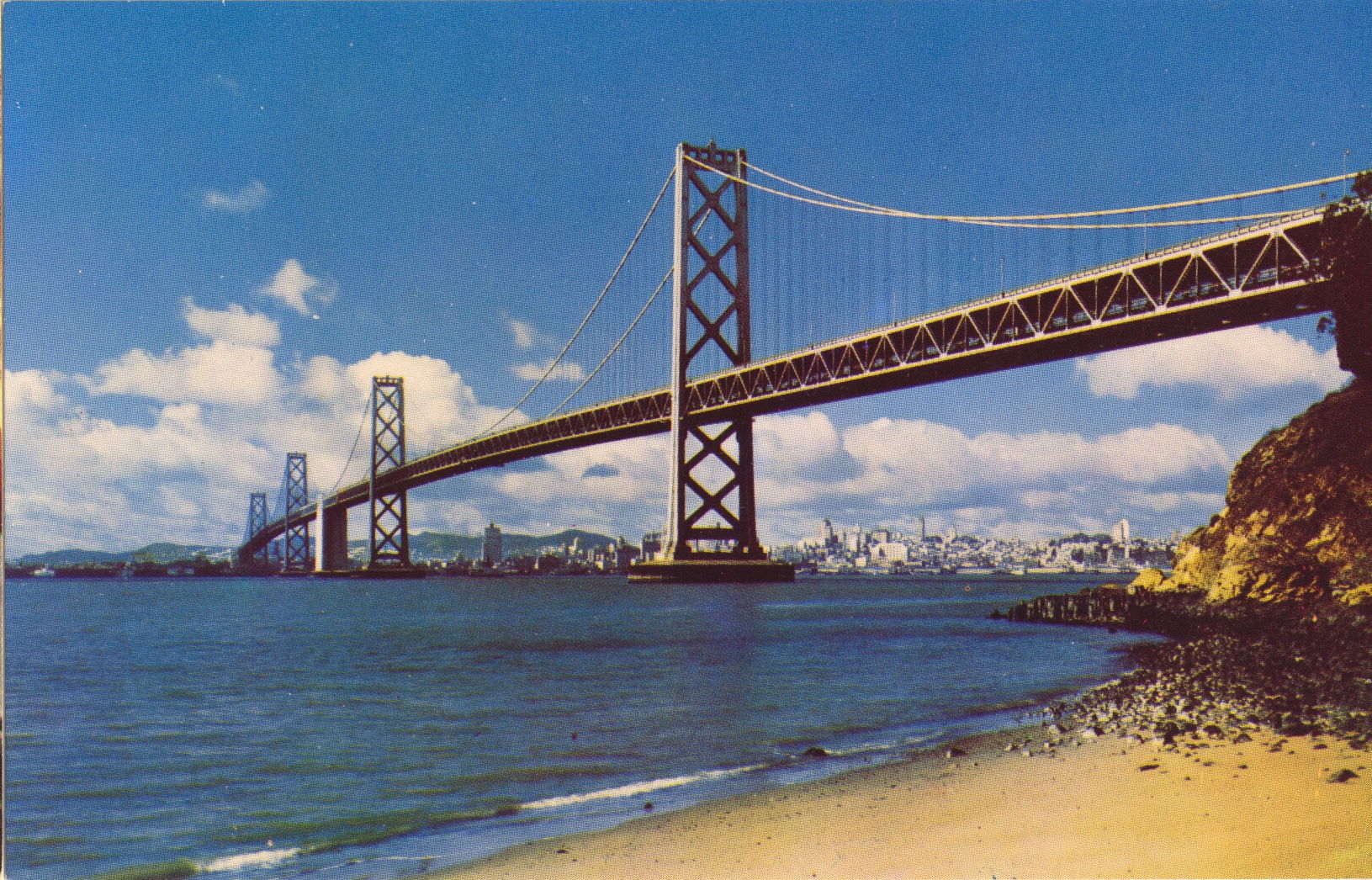 Linking San Francisco and Metropolitan Oakland, in California, is the longest bridge in the world – extreme length, including approaches, is 8 1/4 miles. One pier of the bridge is 242 feet high, equivalent to a 20-story building.

–This image, like the one that follows, are taken from a beach on Yerba Buena Island, where the bridge ‘hops’ on the way across the bay. The older cantilever section is not visible, and a replacement suspension section was built next to it recently.