This is a picture of the now demolished California Academy of Sciences building that housed the Steinhart Aquarium and other science exhbits for many decades until the turn of the millennium. The part of Golden Gate park where this and other museums were located was completely demolished and reconstructed, with the DeYoung Art Museum being constructed on the same ground, as was this building, in 2003. The other main museum located here, the Asian Art Museum, was moved to a large building facing on Civic Center Plaza and the City Hall. 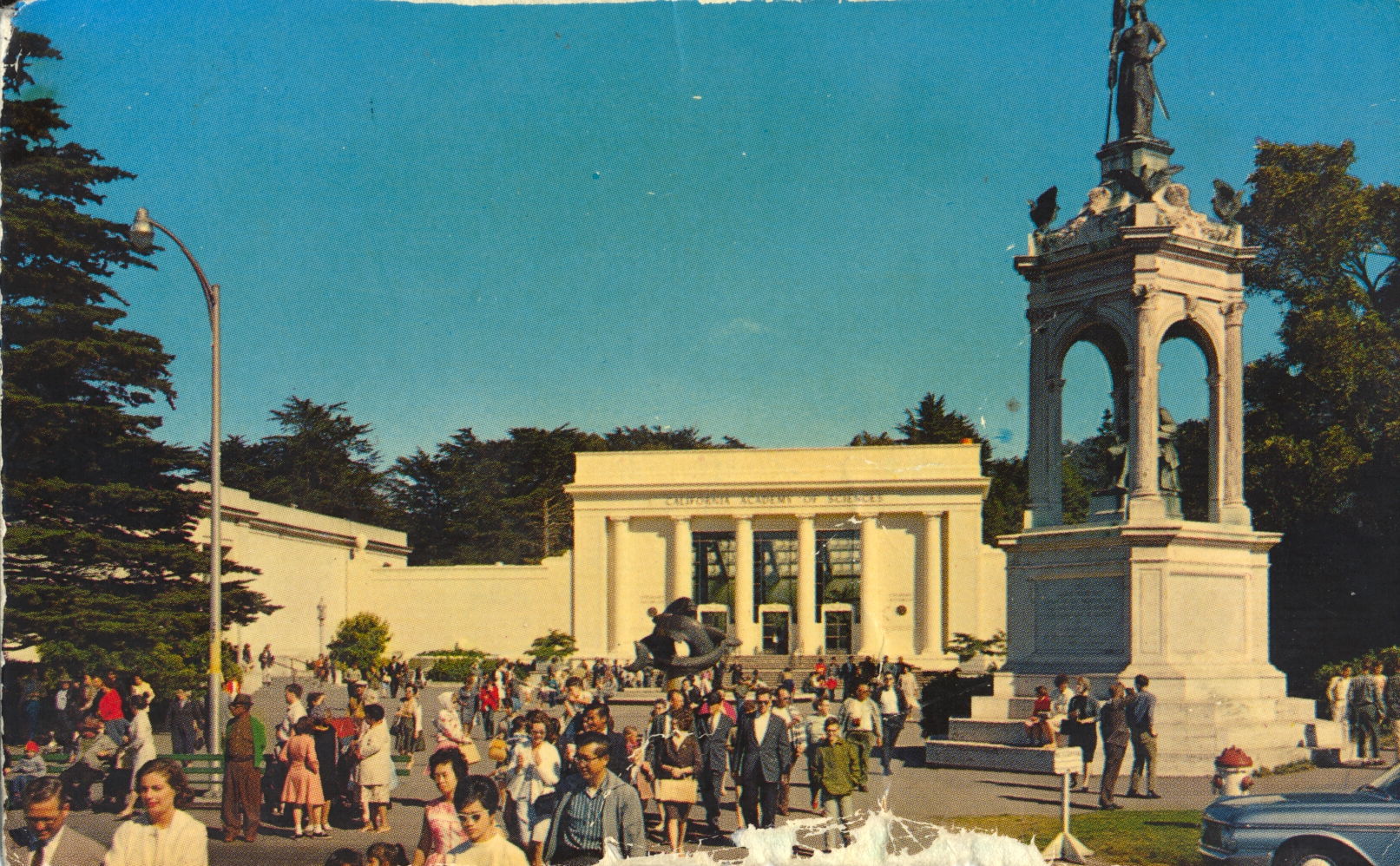 –There is noticeable damage to the card at the bottom, probably during mailing. The vehicle and the fashions shown in this picture date the card to the 1960s.