This image features another typical motel of the first generation of such construction in the 1930s and 1940s. The Steven’s Motel was expanded considerably after original construction. 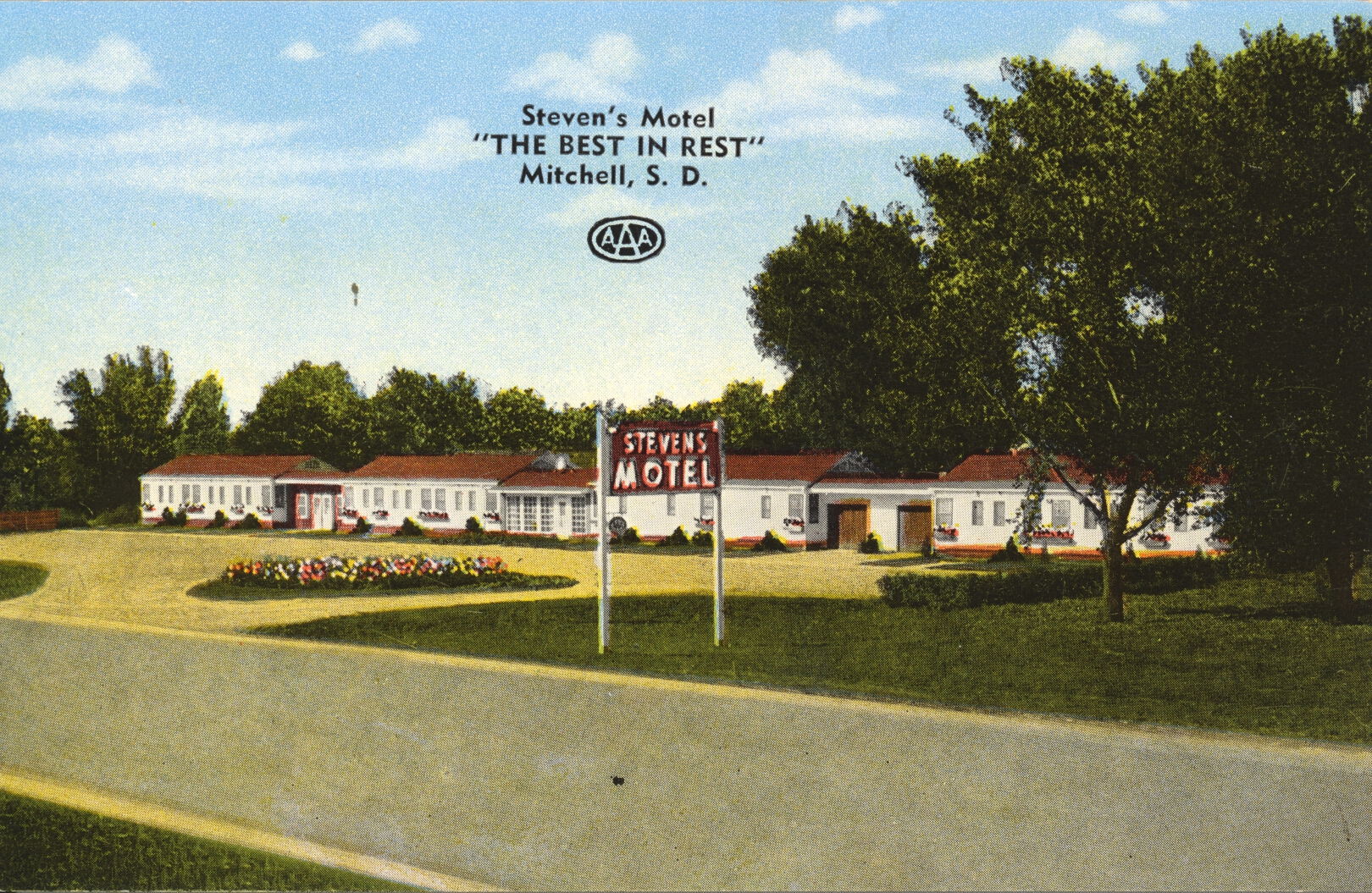 –This structure no longer exists, but the site appears to be still occupied by another motel, run by the Motel 6 national chain. The card likely dates to the 1940s.