This image begins a series of card featuring the world famous Corn Palace, a building completely covered in decorations made of split corn cobs and other grains. 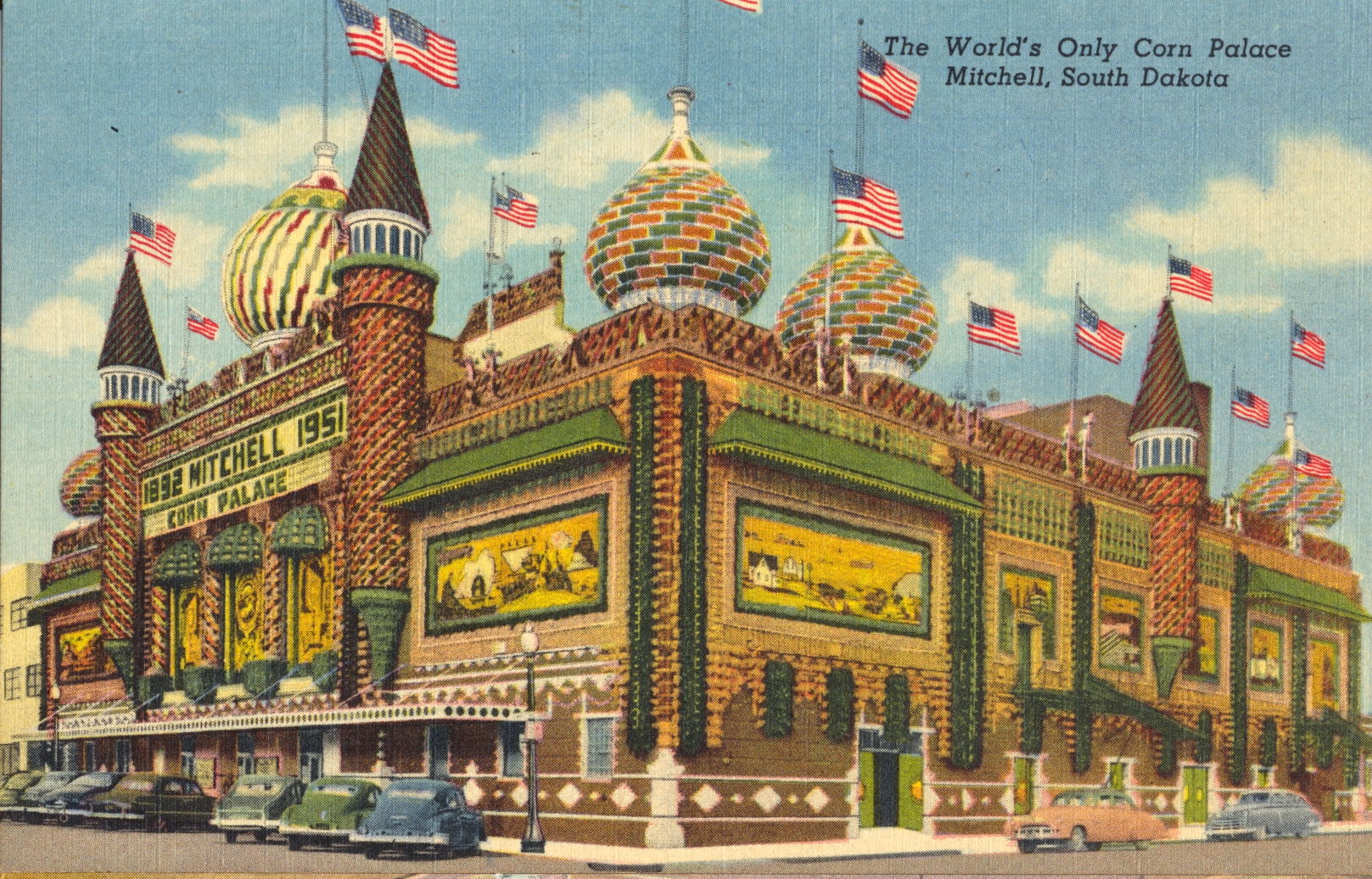 THE WORLD’S ONLY CORN PALACE, MITCHELL, SOUTH DAKOTA, is freshly redecorated each year during Indian Summer. It requirers between two and three thousand bushels of corn, all of which appears in its natural color. The individual cobs, with the corn on, are sawed lengthwise by small power saws, the halves then nailed, flat side in, to wooden panels which are fastened to the brick wall sot he building. The annual festival is held in the last week in September but the building is open FREE the year around.

–The marking on the building and the cars shown in the image both indicate the image is from the year 1951.