This is an artist’s depiction of the large and imposing Hotel Sinton, once a landmark in downtown Cincinnati, Ohio. The hotel was built in 1907 and demolished in 1967. It was located on the southeast corner of 4th and Vine Streets. 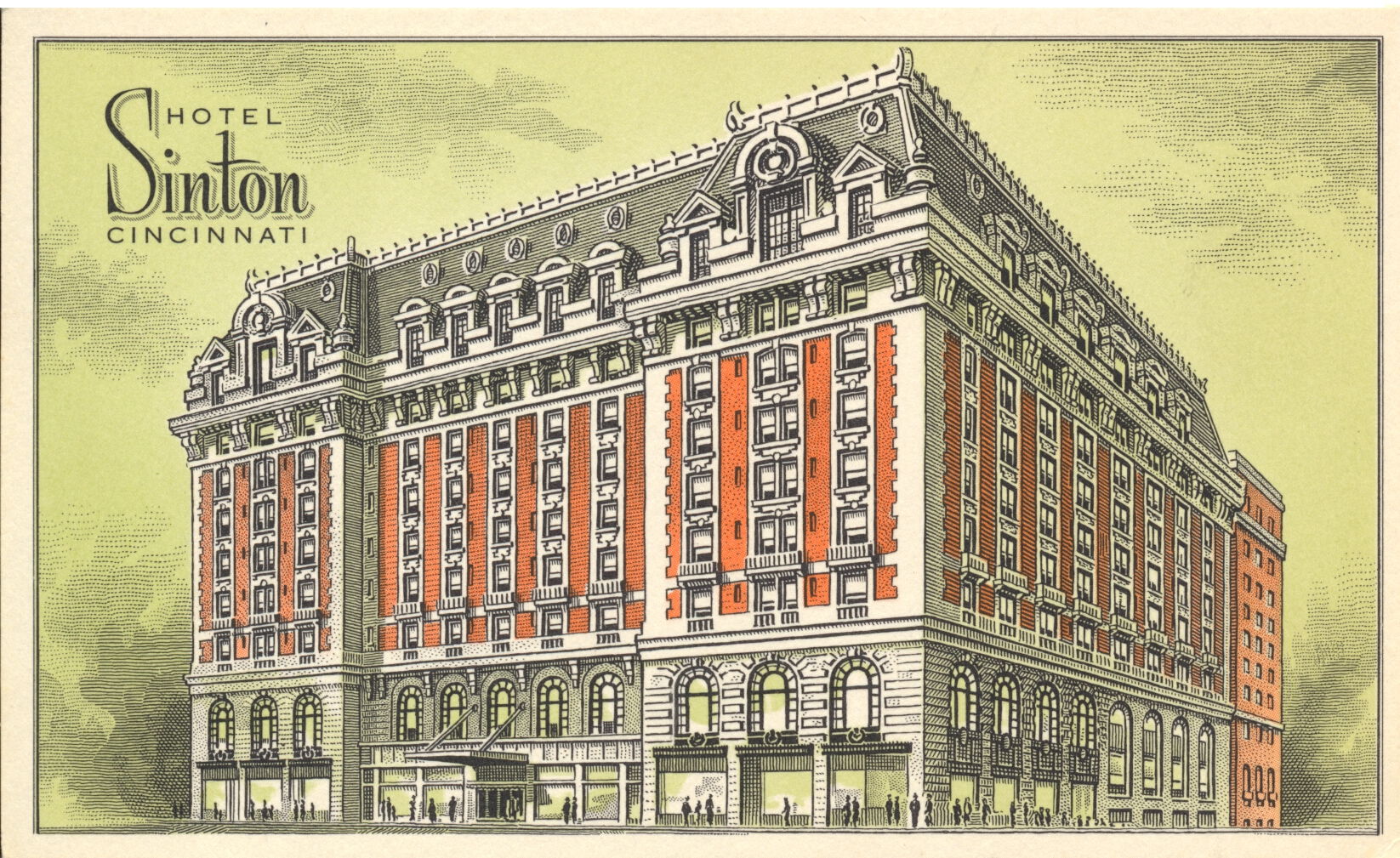 –This was the hotel where the conspiracy of White Sox baseball players met to organize their effort to lose the World Series, known as the Black Sox scandal.