This is an image of the building known at the time as the Terrace Plaza Hotel, named for the large terrace adjoining the restaurant and bar several stories above street level. 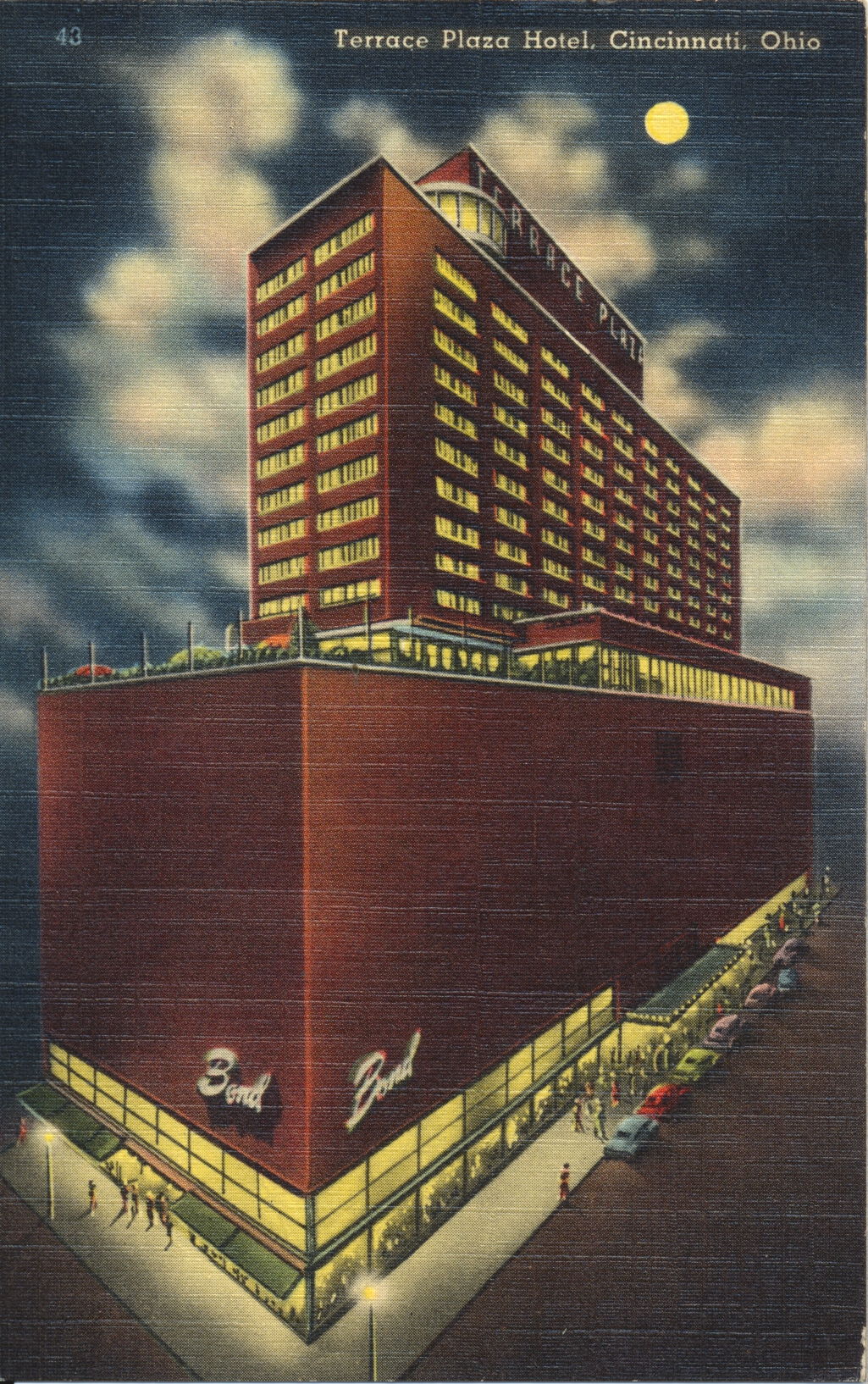 –The hotel has changed hands during it existence, and is considered a monument to Modernist design and construction. It is operated under the name Hilton Hotel Netherland today. This image is from the 1940s. The card was used and is dated February 15th, 1950.