This is a typical specialty motel of the 1940s, with unusual construction designed to replicate the  tipi style tent construction of the Native American tribes of the Great Plains. It is misnamed the wickiup likely because the owner did not understand the distinction between the two construction styles. However, the wickiup was used extensively in the southwest, though it was hemispherical in shape and not a truncated cone. 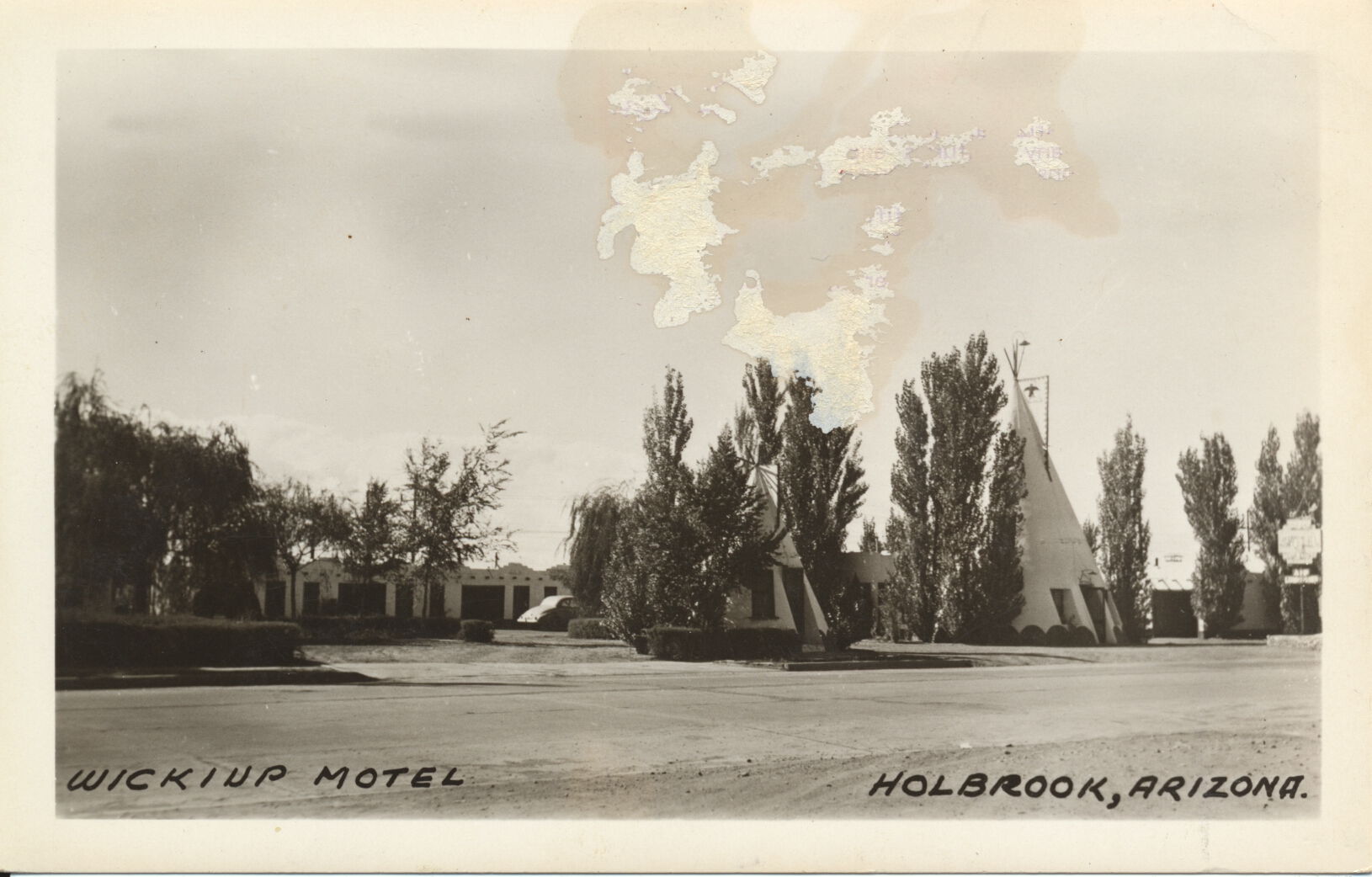 The motel was built in 1950 and has since been renamed the Wigwam Motel, a variant of the term wickiup, but still incorrect regarding the structures’ shape.

The white patches on the image are from where the card became wet and the emulsion was detached after being stuck to another card. This card clearly dates from the 1950s, shortly after the motel was constructed.