This image is of an otherwise unnamed peak along the route of Highway 66 through Arizona. The name listed on the postcard is not traceable in any current maps that show landforms with this name in this location, and the only current feature that had this name was far to the south of the route for Highway 66. 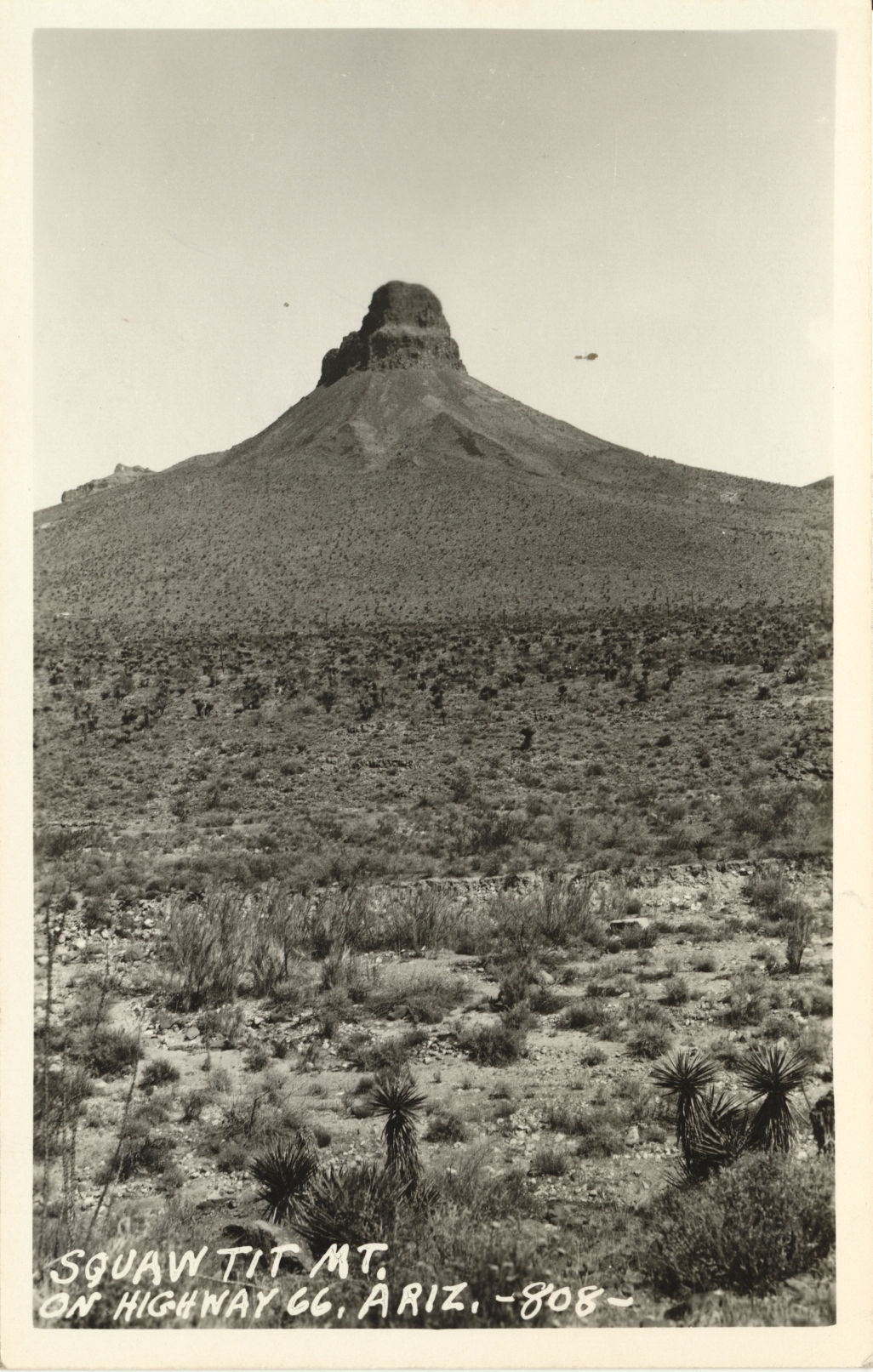 Such names were often used to provide tourists some local color to the otherwise bleak landscape, and it is quite likely that this name was not officially associated with this peak. Most such names were changed to less offensive and more Native American traditional names.

This postcard dates from the 1940s.