This week we visit Gold Road, as it was known, that ran through Arizona in the mid-20th Century. 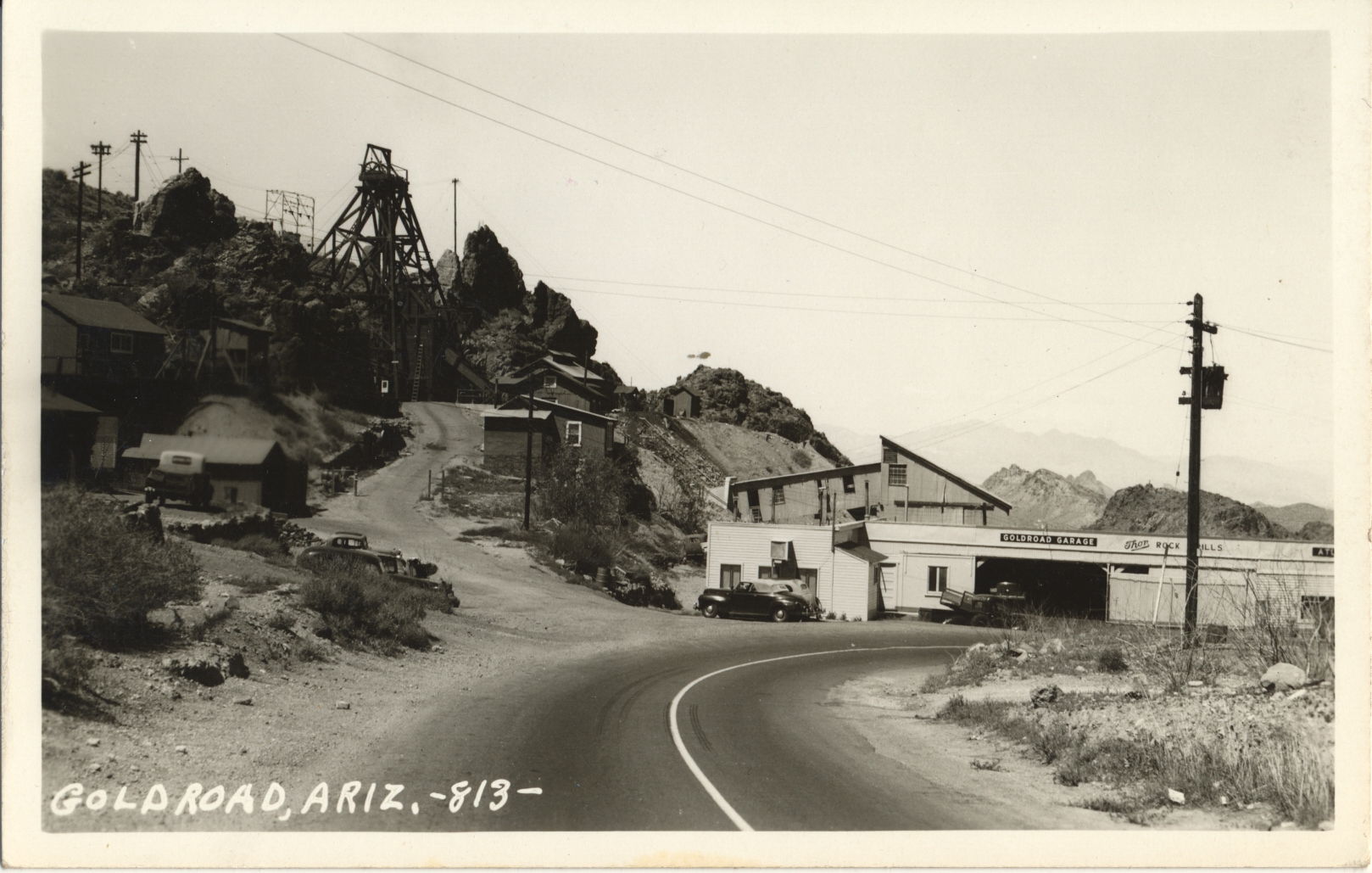 Gold Road was a ghost town that remained of a gold mining operation in Arizona, whose access road branched off of Route 66, as shown in this picture. It had its own Post office until 1942, and was completely demolished in 1949.

There is no description on the back of this picture. The cars indicate this picture was taken in the 1940s before the town was razed.