As noted in the previous picture, this image focusses on the ferry S. S. Norisle that sits docked at the end of the peninsula of Tobermory, Ontario. It was built in 1946, and entered service in 1947. 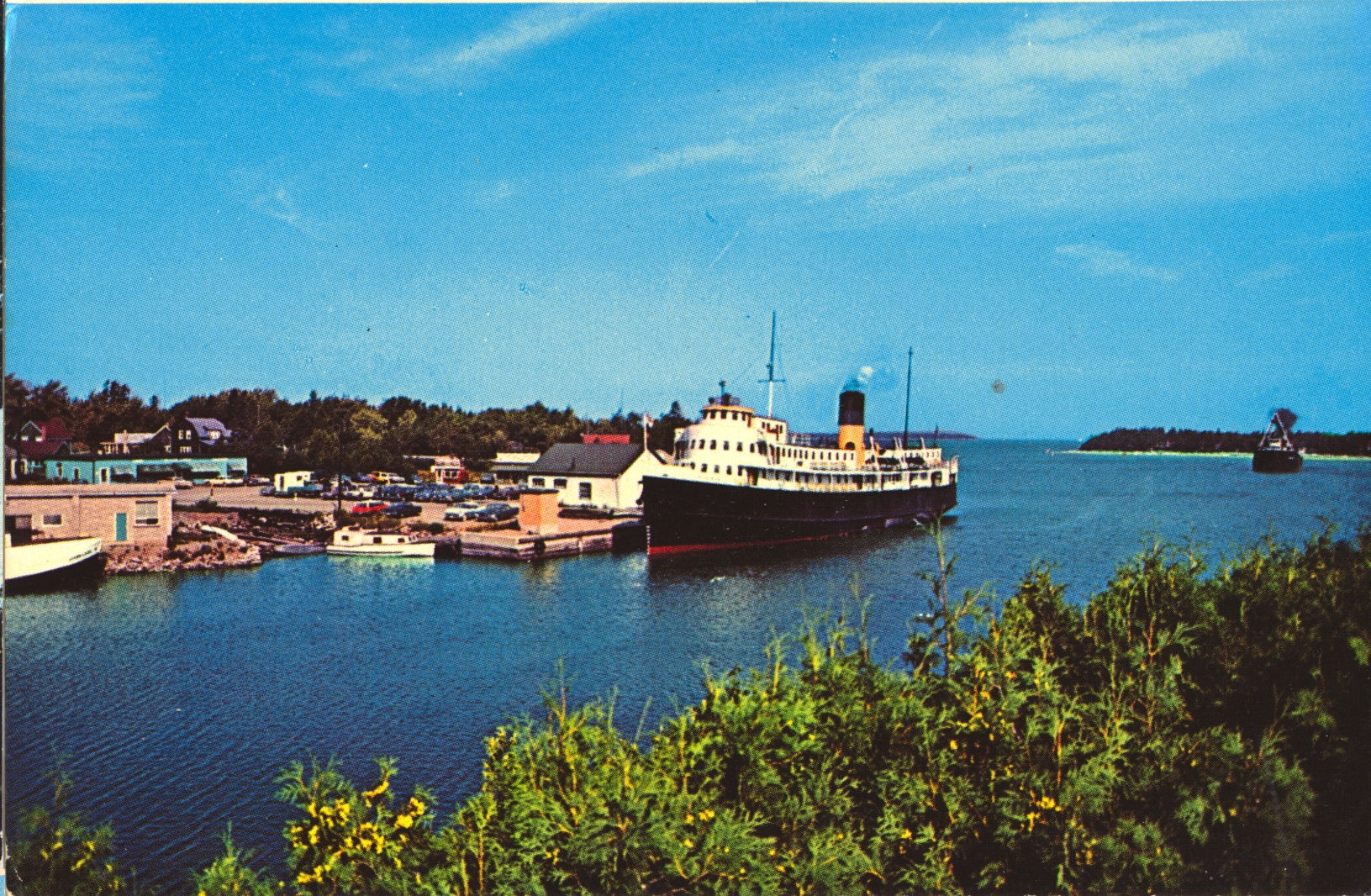 –This ferry transported cars, passengers and livestock on a scheduled service until it was retired in 1974, when it was replaced by the now active Chi-Cheemaun Ferry. After leaving service, it was sold and eventually became a museum ship docked at Manitoulin Island. It is now in some disrepair and its future is in doubt.

This postcard, like the others previously shown from this series, dates from the 1960s.