The Ambassador Bridge is unusual in that it is privately owned and controls the most important international crossing from Windsor, Ontario to Detroit, Michigan. 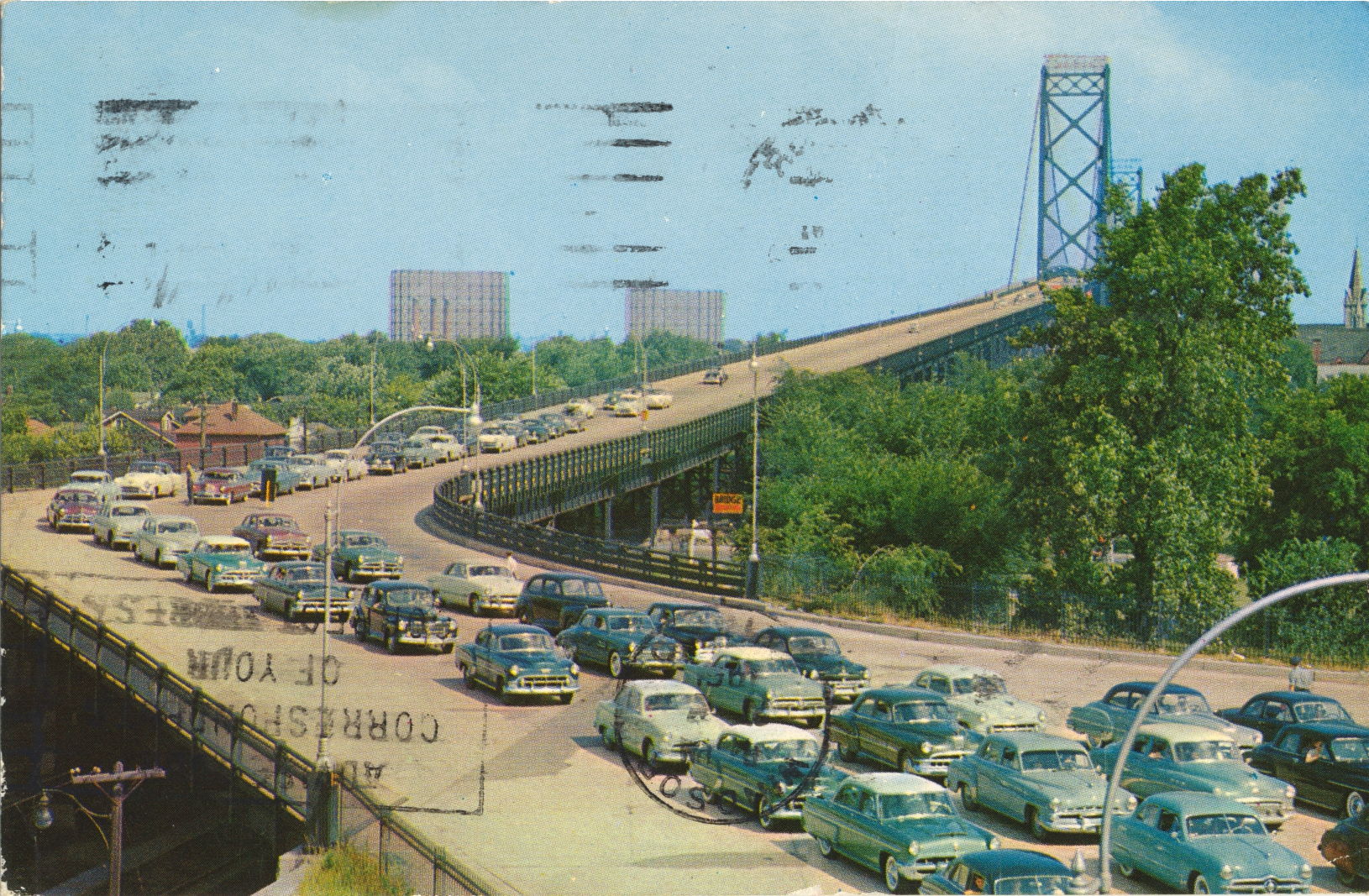 Motor traffic on the largest international bridge in the world (approximately two miles long and five lanes wide), joining Detroit, Michigan and Windsor, Ontario, Canada, and spanning the busiest waterway in the world, the Detroit River.

–This near monopoly on traffic between Michigan and Ontario has led to significant legal battles between the bridge owner and various Michigan governmental agencies. Because of the intransigence of the owner, a new bridge is planned and will be in operation a short distance away, called the New International Trade Crossing.

This card has significant markings from the cancellation machine when it was originally mailed. It even appears that the card was run through the machine backwards before being cancelled correctly. While the postmark is for May 21, 1961, the age of the cars shown indicates this photo is from the 1950s.