This shows the same aspect as the first photo, but from the exit side as indicated by the signs on the fence posts either side of the driveway. This formal entrance does not have the terrace that surrounds the other sides of the house, which also overlook the gardens. 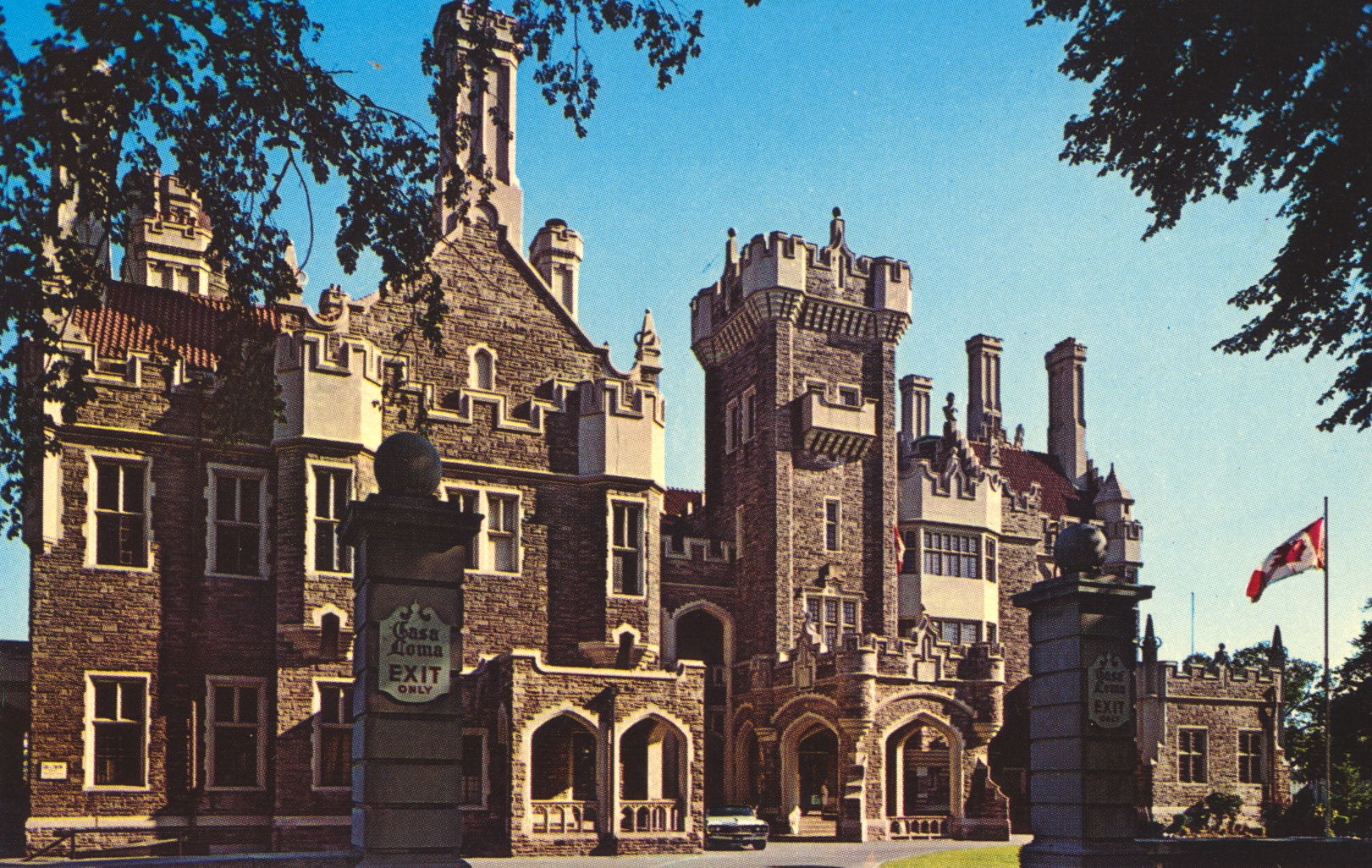 The house took 300 workers three years to complete. It is full of towers, secret passages and unusual rooms.

There is no caption on this card, which dates from the 1960s.