This image changes the location from the previous cards, and features the more stark and heavily eroded Bryce Canyon National Park, a short distance to the northeast from Zion National Park, also in southwest Utah. This image features hikers on the Comanche Trail as it winds along the slopes of the Canyon. 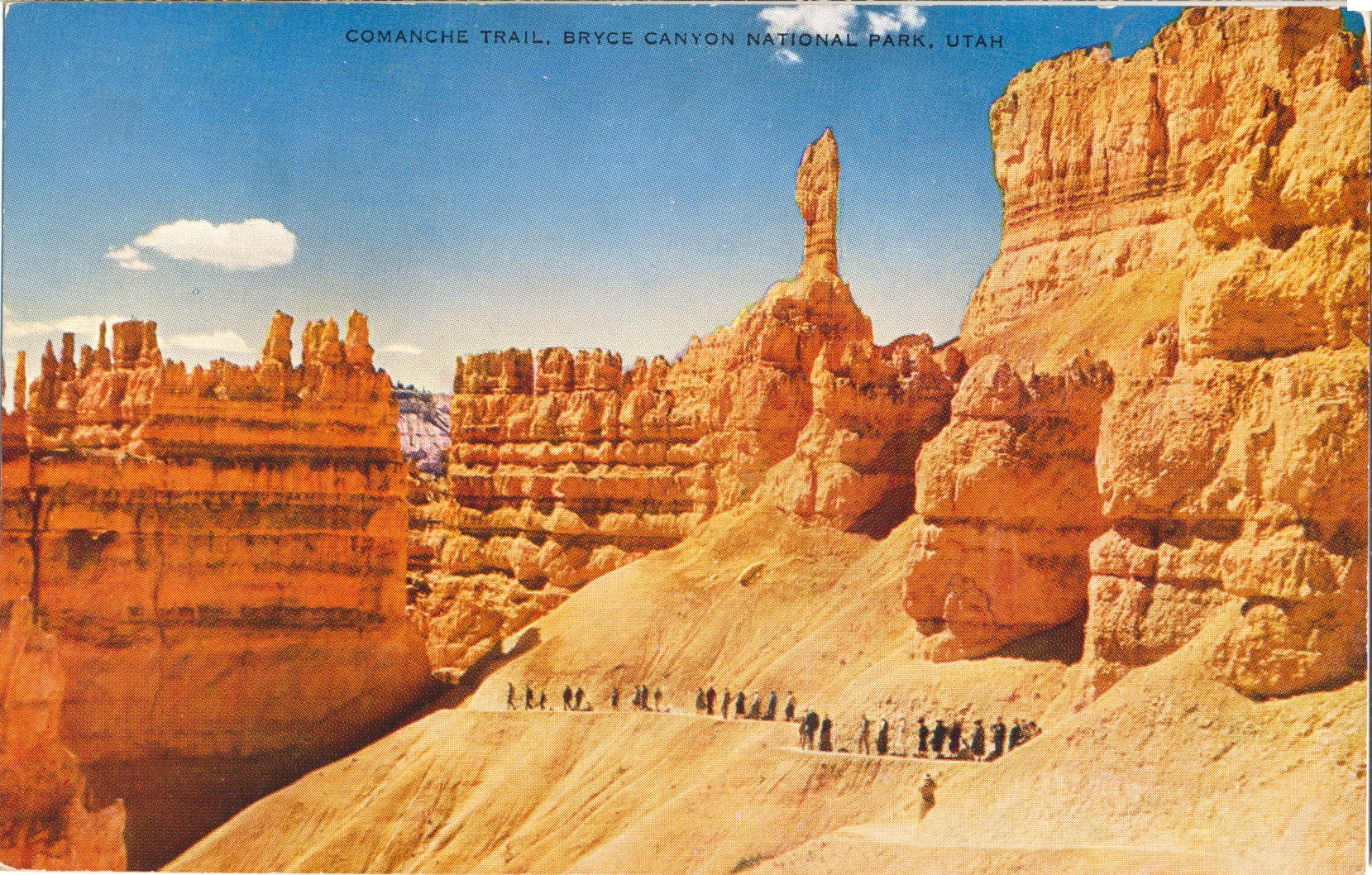 FROM THE COMANCHE TRAIL one gets a new conception of the grandeur and dignity of the formations that were viewed from the rim. A Ranger-naturralist conducts trips into Bryce Canyon leaving Sunset Point at 9:00 A. M. daily. Bryce Canyon national Park is reached on the Union Pacific Railroad to Cedar City, Utah, thence by delightful motor bus tour.

–In fact, Bryce Canyon is not a canyon at all, but a series of eroded amphitheater like formations. This postcard was used and is postmarked July 1, 1948.