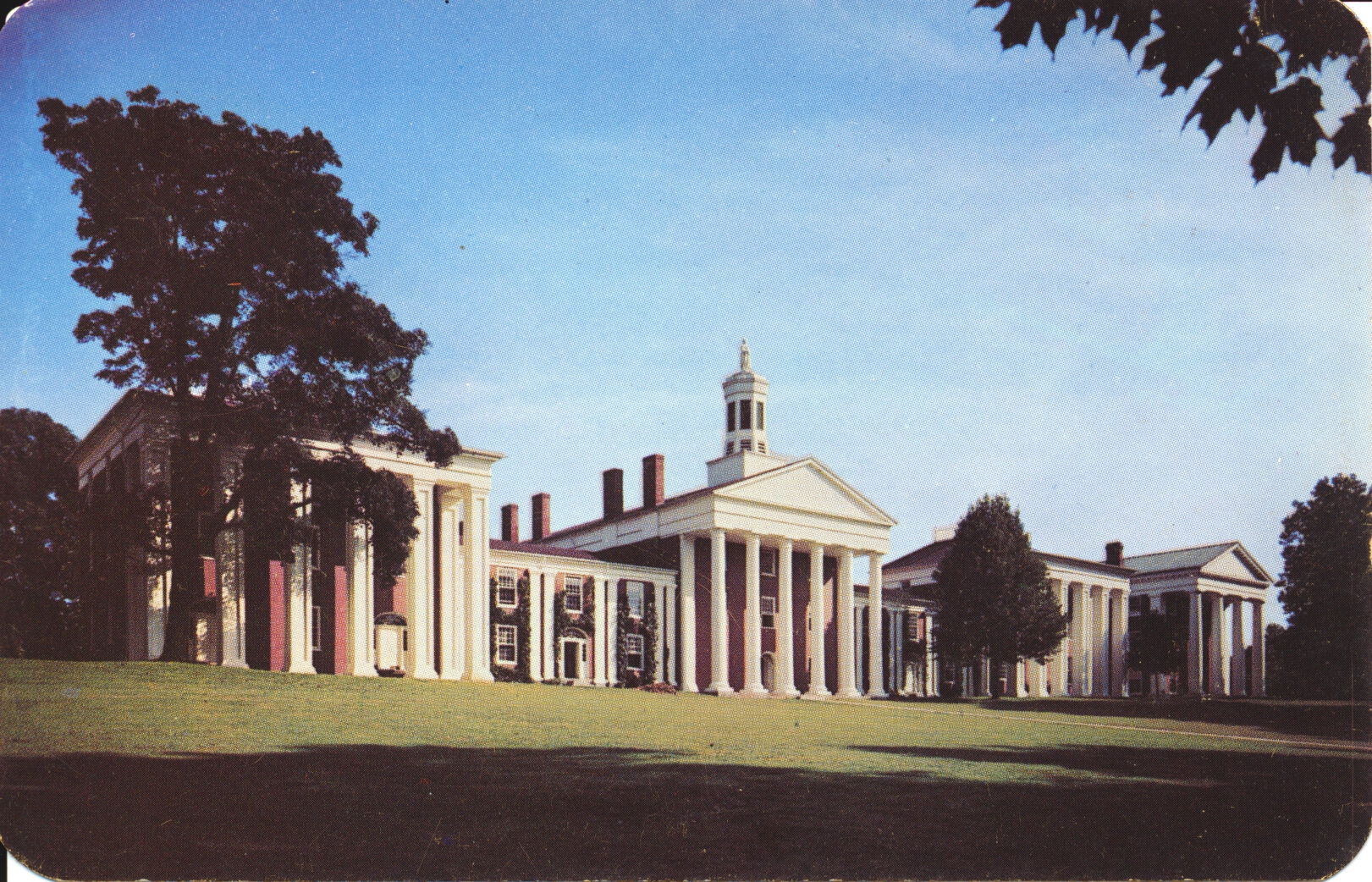 Washington and Lee University Campus, Lexington, VA. The Washington College group of buildings form the oldest and largest part of the academic buildings. It was begun in 1824. Its charming colonial style has entranced generations of students and visitors alike.

–The college was originally Washington College, and was renamed at the conclusion of the tenure of Robert E. Less as president to include his name as well.

This image probably dates from the 1950s.